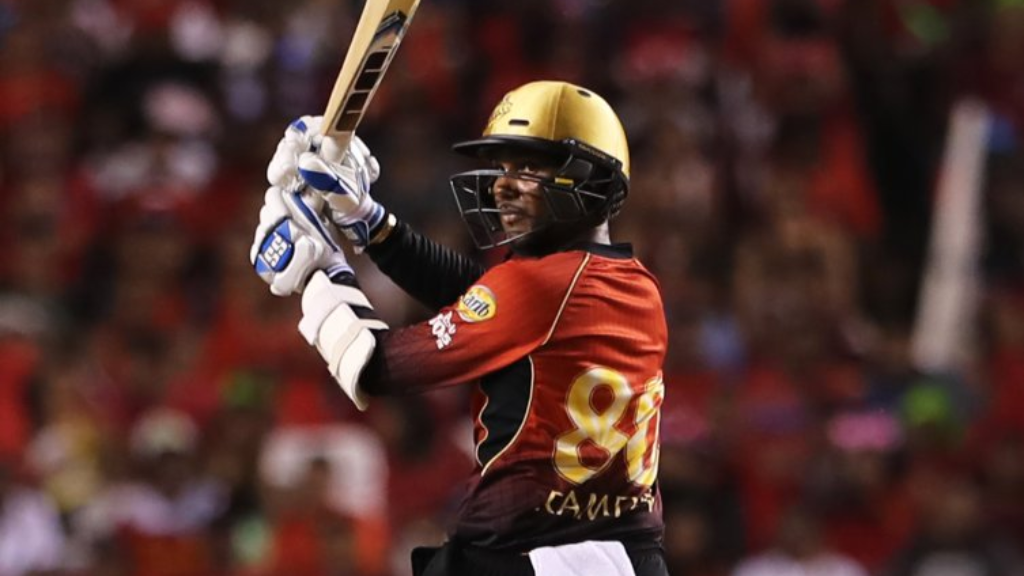 Pollard, leading the side after the finger injury suffered by Dwayne Bravo, powered his side to 152/7 after Neesham and Denesh Ramdin’s 60-run partnership had begun the champions’ recovery from an early slump to 24/3.

After his vital 33 with the bat, Neesham then made the crucial first breakthrough with the ball to end a 47-run opening partnership, having Kjorn Ottley caught and bowled off a slower ball for 25, before catching Evin Lewis for 36 off the impressive Khary Pierre to trigger a decisive collapse of four wickets for six runs.

Neesham later returned to nervelessly defend 13 from the final over of the match, taking the last two wickets with a pair of low full-tosses zeroing in on the stumps to seal victory.

The Patriots’ pursuit of 153 - no more than a par score with dew making life tricky for the bowlers - appeared to be well in hand at 70/1. Three overs later, the scoreboard read 76/5 after Pierre and spin twin Seekkuge Prasanna ripped the heart out of the middle-order.

Jason Mohammed fell for a duck and Devon Thomas just 1, while a horrible mix-up saw Carlos Brathwaite run out for only 2.

That appeared to be that, but Fabian Allen rekindled the visitors hopes by blasting four sixes off Prasanna’s third over - an assault made all the more astonishing by the fact just three runs, a wicket and that run out had come from the Sri Lankan’s first two.

Allen, though, was superbly caught at third-man by Prasanna himself off Mohammad Hasnain in the next over for 30 from just 14 balls. Usama Mir bravely took up the charge with an enterprising 24 from just 10 balls, including one astonishing ramped six over fine-leg off Hasnain, but ultimately he had just too much to do.

He was bowled by Neesham in the final over and was swiftly followed by last man Sheldon Cottrell, who had been the early star of proceedings at the Queen’s Park Oval with superb figures of 3/13 from his four overs.

His trademark salute celebration got its first outing of the 2019 Hero CPL in his - and the tournament’s - very first over as Sunil Narine was clean bowled, with Tion Webster following soon after. Cottrell then returned at the back end of the innings to remove the well-set Ramdin.

Ramdin’s partnership with Neesham had dug the Knight Riders out of that hole before Pollard’s fireworks lifted them to a total that proved beyond the Patriots. Ramdin picked up two sixes and hit the experienced Mohammad Hafeez out of the attack after just one over as the defending champions began to fight back.

Neesham hit three fours in his first nine balls to provide some much-needed momentum and brought up the 50 partnership with his first six, picked up off his pads over midwicket off Brathwaite.

But Brathwaite gained swift revenge in the field as the New Zealand star fell soon after to a fine low diving catch from the Patriots skipper running in from long-off to hand veteran seamer Rayad Emrit the first of his three wickets.

Pakistani leg-spinner Usama conceded just seven in his first two overs while Pollard got his eye in. Once he did, though, his brutal power was on full display in Usama’s third. A short ball was hit high and handsome into the stands before an over-corrected full ball was smashed ferociously straight back past the bowler and was cannoning back off the boundary boards an instant later.

That over got the impetus back into the innings, and three more boundaries - one for Ramdin, two for Pollard - followed in the next from Brathwaite.

Pollard was very much in the mood now, and when an Emrit no-ball offered a free hit it was all the encouragement he needed. The ball duly disappeared straight back over the bowler’s head to bring up another 50-run stand.

With things starting to go awry for the Patriots, Brathwaite turned to his main man Cottrell for the 18th over of the innings and got an instant result as a beautifully disguised slower ball deceived Ramdin into skying to deep square-leg, where Allen held the simple chance.

Brathwaite himself followed up with a fine penultimate over, giving up just four singles to frustrate his opposite number Pollard.

There was to be no half-century for Pollard, who fell for 47 as one of two Emrit victims caught on the fence in the final over of the innings, but he had done enough to set his team up for a winning start to their title defence.

Jason Mohammad and Kjorn Ottley to come into Patriots squad