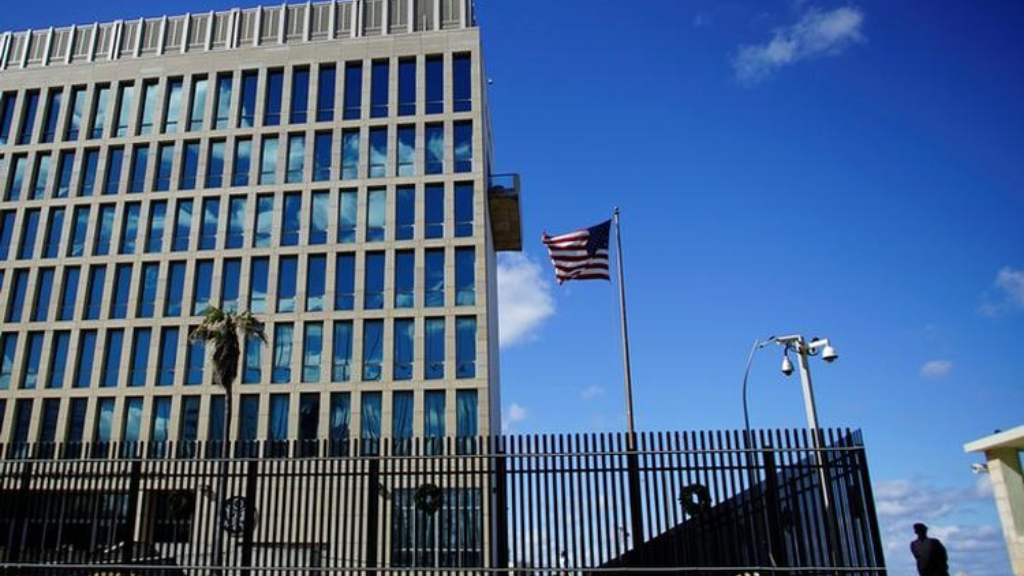 Cuba says the U.S. is playing politics by freezing staffing levels at the U.S. Embassy in Havana, severely curtailing consular activities at the normally bustling facility.

The island's new Head of North American Affairs insisted Monday there is "no scientific evidence" Cuba is to blame for mysterious health incidents that affected 24 staffers at the embassy last year, resulting in a 60% State Department draw-down of embassy personnel at the facility.

The reduction in staff at the U.S. Embassy has been made permanent, according to an announcement by the U.S. State Department on Friday.

The embassy is normally crowded with hundreds of visa applicants during the work-week, but Monday only a handful of locals were gathered outside the U.S. Consulate seeking to complete paperwork for U.S. visas.

Local businesses servicing visa applicants have been hard hit by the staffing freeze, which has caused a steep drop-off of Cubans seeking visas at the Consulate Section.

Most Cubans now have to go through third countries like Colombia or Mexico to get their visas to the U.S.

The U.S. is obliged by treaty to issue up to 20,000 visas per year to Cubans seeking to emigrate to the U.S.

In addition thousands more apply for visitor visas for family reunions and to buy supplies for their private businesses.

US diplomats in Cuba had "concussion-like injury"

Cuba mystery: What theories US investigators are pursuing