"We left it late," says Pollard after narrow win over Tridents 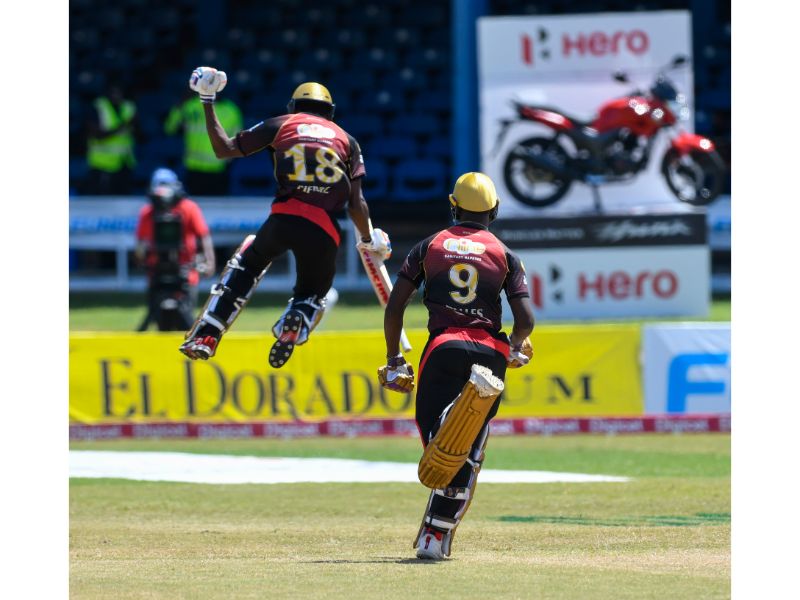 Trinbago Knight Riders skipper Kieron Pollard described his match-winning innings of 72 against the Barbados Tridents as one of his best ever.

Pollard's innings came off 28 balls and helped the Knight Riders beat the Tridents by two wickets, with a ball to spare, to confirm their sixth consecutive win in the 2020 Hero Caribben Premier League.

When asked about where his innings ranked in his career, Pollard said: "It's up there. Today my striking ability came into play."

The Knight Riders were 83/6 after the 16th over, and Pollard said he was intent on changing the script in the 17 over.

"Targetted the Hayden Walsh over and that's where the momentum turned for us. We lost early wickets and were four down so it was a matter of consolidating. We had a plan, and sometimes we leave it too late, but all things being equal, we can get the sixes," said Pollard.

The TKR skipper said he though this team had left it too late but he knew that they could catch up with a few good overs.

Barbados Tridents skipper Jason Holder was credit was due to Pollard for another brilliant knock.

"It was a really good knock, we must give him credit. Took the game away from us at the very end," said Holder.

The Tridents skipper said that while he was happy with the way his team batted, they could have done better with the ball.

"We had to keep wickets in hand, we did it in the last game as well. It's really important to have a set batter at the end. The seamers are easier to hit at the back end. We did really well to get to 148, probably didn't execute well with the ball, but credit to Pollard," said Holder.

With the win the Knight Riders are virtually confirmed their place in the play-offs with the Tridents holding on to third place despite the loss.

The Knight Riders are next in action at the Brian Lara Cricket Academy on Tuesday, when the take on the Jamaica Tallawahs at 10:00am.

The Barbados Tridents will face the St Lucia Zouks on Sunday at 10:00am.