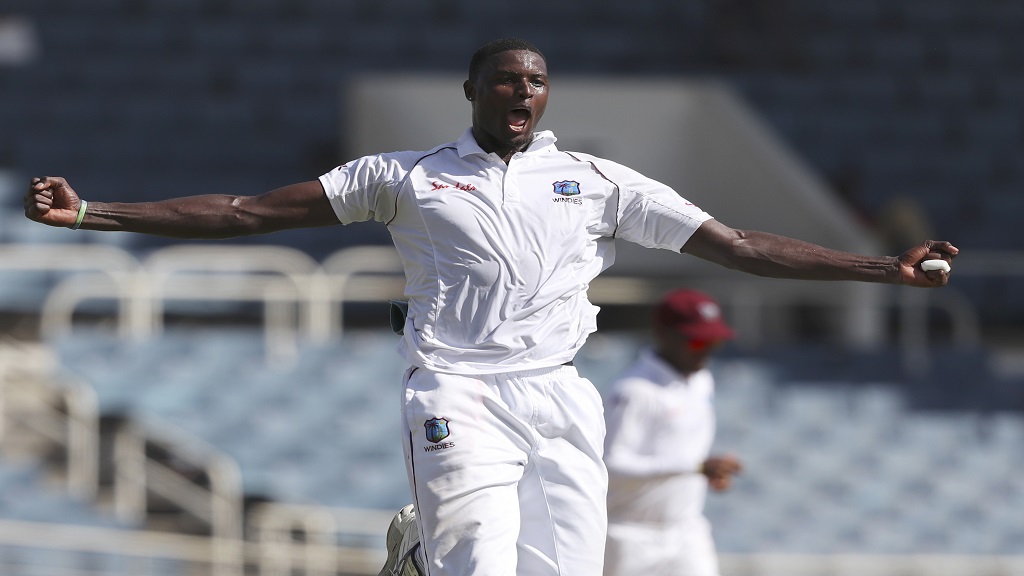 In this Aug. 30, 2019, file photo, West Indies' captain Jason Holder celebrates taking the wicket of India's captain Virat Kohli during day one of the second Test cricket match at Sabina Park cricket ground in Kingston, Jamaica. The West Indies cricket team departed from Antigua on Monday, June 8, 2020 for a three-test tour of England with the entire touring party based in the Caribbean having returned negative tests to COVID-19. (AP Photo/Ricardo Mazalan, File).

The West Indies cricket team departed from Antigua on Monday for a three-test tour of England with the entire touring party based in the Caribbean having returned negative tests to COVID-19.

Earlier in the day, two planes collected players from various islands in the West Indies and they joined a private charter which is due to arrive in Manchester on Tuesday morning.

Cricket West Indies said in a statement Monday that on arrival at Old Trafford in Manchester, the entire touring party will be quarantined and tested again for COVID-19 as they begin the seven-week tour where they will live, train and play in a “bio-secure” environment.

Those protocols will restrict movement in and out of the venues, so a group of reserve players will travel to train and help prepare the test squad and ensure replacements are available in case of injury. There will be no spectators allowed at the three tests which are being played over just 21 days — starting July 8 in Southampton and at Old Trafford from July 16-20 and again from July 24-28.

The venues were chosen because they had hotels attached or nearby and could be turned into bio-secure environments.

The original tour was scheduled for May and June but was postponed due to coronavirus restrictions.

“This is a huge step forward in cricket and in sports in general as we travel over to England for this series," captain Jason Holder said. “A lot has gone into the preparations for what will be a new phase in the game."

Roach: England series win last year was the high point of my career