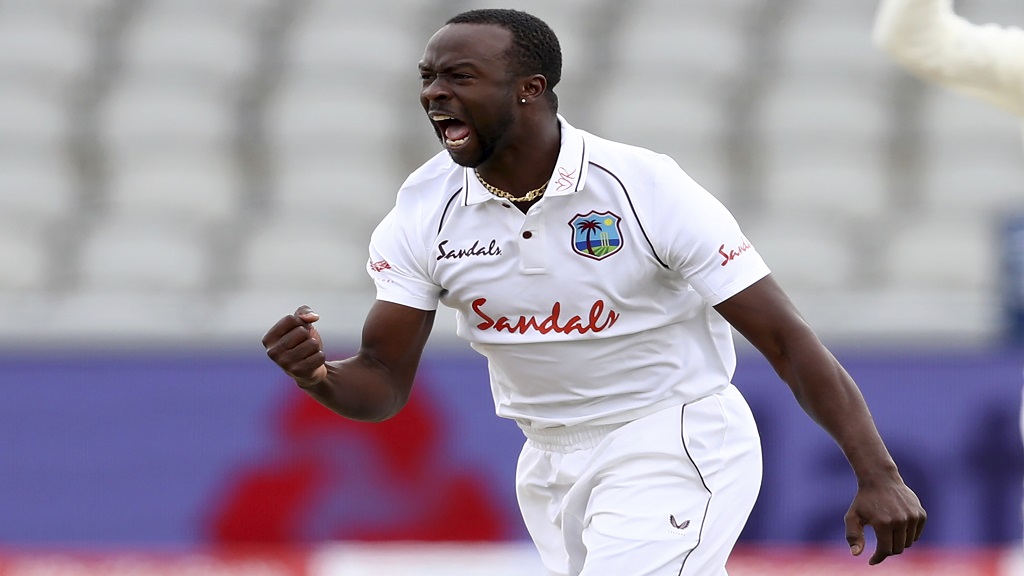 England lost Dom Sibley in the first over and captain Joe Root near the end of the session to reach lunch at 66-2 on the first day of the deciding test against the West Indies at Old Trafford on Friday.

It was an encouraging start for the West Indies, especially with England being one specialist batsman light for the match after choosing to select four fast bowlers as well as a spinner. That meant star allrounder Ben Stokes moved up the order to No. 4.

Stokes was already in the middle by lunch, on 7 alongside opener Rory Burns (33).

After the Windies won the toss under overcast skies, Kemar Roach trapped Sibley lbw off the sixth ball of the innings from a ball that didn't deviate. Sibley, a century-maker in the second test won by England, didn't get off the mark this time after playing across the delivery and was so plumb he didn't bother reviewing.

Root played circumspectly for his 17 off 59 balls and was looking set when he tried to pinch a single after Burns steered recalled spinner Rahkeem Cornwall down to third man. Roston Chase threw to the wicketkeeper's end and clipped the outside of the stump, one bail popping up with Root short of the crease.

West Indies paceman Shannon Gabriel started for the third straight match this series and spent some time off the field with an apparent hamstring strain after pulling up during his fourth over. He returned, though, to the relief of captain Jason Holder and was back bowling before lunch.

The series is tied at 1-1 and the Windies, who won the first test in Southampton, are looking to capture a test series in England for the first time since 1988.

England recalled pacemen Jofra Archer and James Anderson in place of Sam Curran and top-order batsman Zak Crawley, leading to that restructuring of the batting order.

Stokes is struggling for full fitness and is unlikely to bowl, so will be a specialist batsman for this test.

The West Indies made one change, bringing in Cornwall for Alzarri Joseph.

Trump says Sudan to be removed from terrorism list