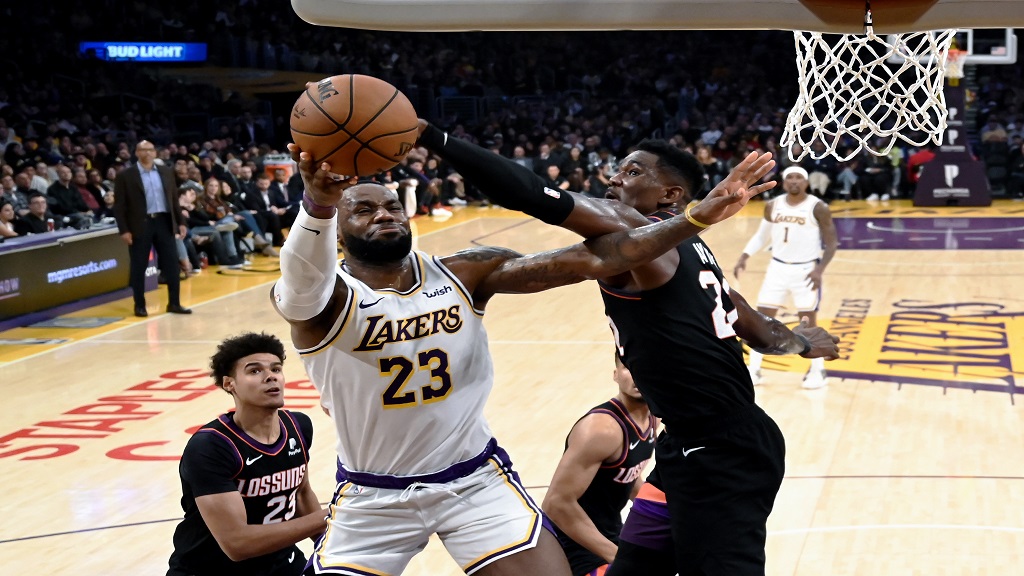 The Lakers built a huge early lead against Phoenix only to see it shrink to single digits.

They still won their third in a row, but considered it a lesson learned.

LeBron James notched his eighth triple-double of the season, Anthony Davis had 26 points and 11 rebounds, and the Western Conference leaders opened the new year with a 117-107 victory on Wednesday night.

“We can't allow ourselves to fall into a trap like that,” Davis said. “You got to learn how to handle success within games.”

James finished with 31 points, 13 rebounds and 12 assists in a game that appeared well in hand by the end of a dominant first quarter. He had double-figure points and assists by halftime.

“We wanted to get off to a good start and protect home as well as we can,” James said.

The Suns rallied in the fourth, getting within seven points after trailing by 36 earlier in the game. That forced the Lakers' starters back in, and James steadied them with eight points to close out the win.

“You always got to be engaged until the clock hits zero,” James said.

The Lakers shot 70% in a ferocious opening quarter when they made their first 11 shots. Danny Green had their first miss on a 3-point attempt, but the Lakers controlled the offensive rebound and JaVale McGee found Green for a dunk.

The Lakers missed just eight attempts in the first. James airballed a shot, but they snagged the rebound and Avery Bradley scored to salvage the possession.

The Lakers put together a 25-4 run in which the Suns were limited to only free throws. Among the highlights, Davis dunked over Aron Baynes and let out a roar, and later Davis threw down a reverse dunk on James' pass. Not to be outshone, James followed with a two-handed jam that ignited the crowd. Los Angeles led 43-17 at the end of the quarter.

Kyle Kuzma, sporting blond hair, had three 3-pointers in the second. Bradley scored on a smooth behind-the-back pass from James. Kentavious Caldwell-Pope beat the shot clock with a casual heave on a 3-pointer. Dwight Howard chipped in eight points and the Lakers shot 61% in taking a 74-41 lead into halftime.

Kuzma added 19 points and Bradley had a season-high 18.

Devin Booker scored 32 points and Kelly Oubre Jr. added 26 for the Suns. Phoenix had won two in a row after losing eight straight.

Suns: Host the New York Knicks on Friday to open a five-game homestand.

Lakers: Host New Orleans on Friday in the middle of a five-game homestand. 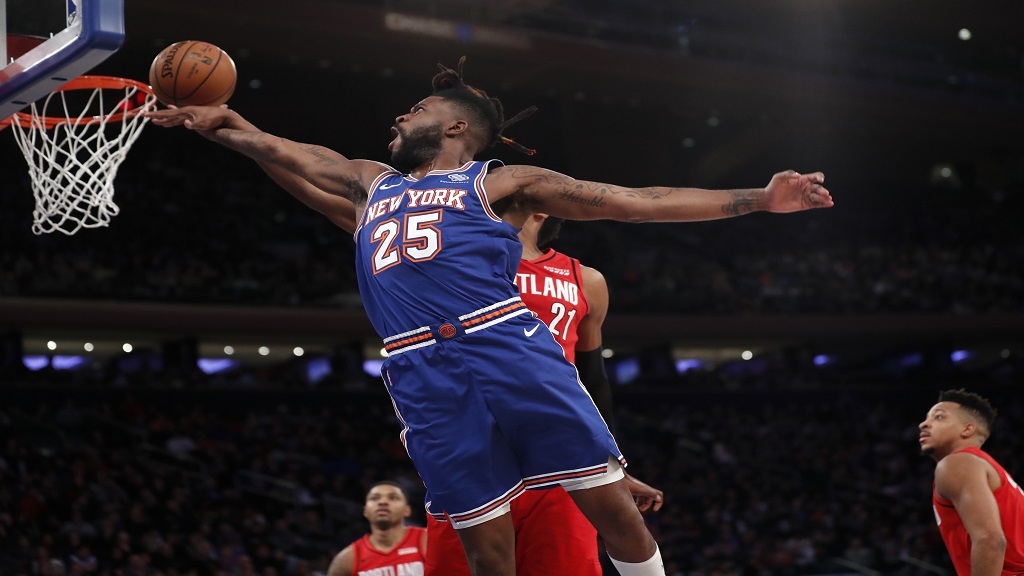 Over in New York:  Mitchell Robinson made all 11 shots and had 22 points, Julius Randle added 22 points and 13 rebounds, and the New York Knicks spoiled Carmelo Anthony's return to Madison Square Garden by beating the Portland Trail Blazers 117-93 on Wednesday night for their season-high third straight victory.

Anthony scored 26 points, his most since returning to the NBA, and was cheered before and during the game at the arena where he played 6 ½ seasons. But he was on the bench at the start of the Knicks' 14-0 run early in the fourth quarter that broke open the game.

Two of the best teams in the Eastern Conference meet as the Miami Heat (24-9) host the Toronto Raptors (23-11).