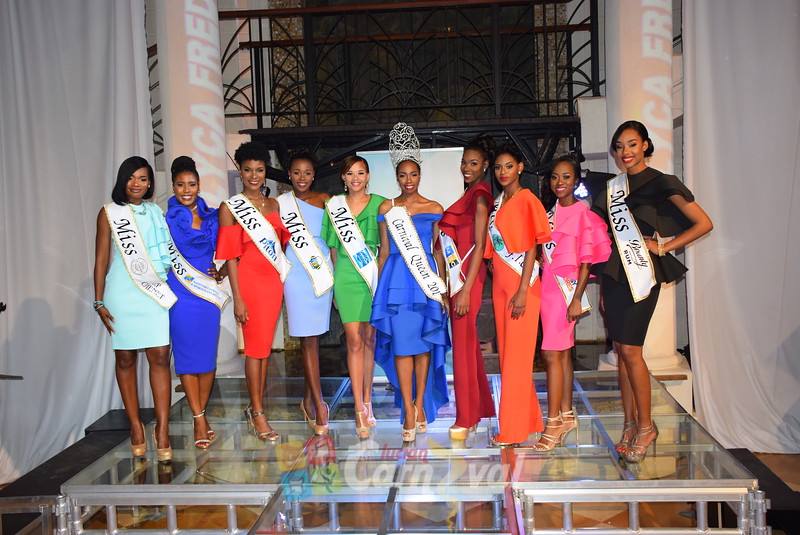 For the first time in the pageant’s history, nine ladies will be competing for the title of National Carnival Queen on June 30, 2018.

According to National Carnival Queen Committee Chair Person, Trevor King, the pool of 18 contestants was determined to be too good for the traditional eight contestant limit, prompting the addition of a wildcard ninth contestant for the first time.

The sashing ceremony took place on Wednesday, April 18, 2018 at the Landings Resort. The eight finalists were selected three weeks ago after auditions which took place at the National Cultural Centre.

The 2018 Carnival Queen Contestants are: