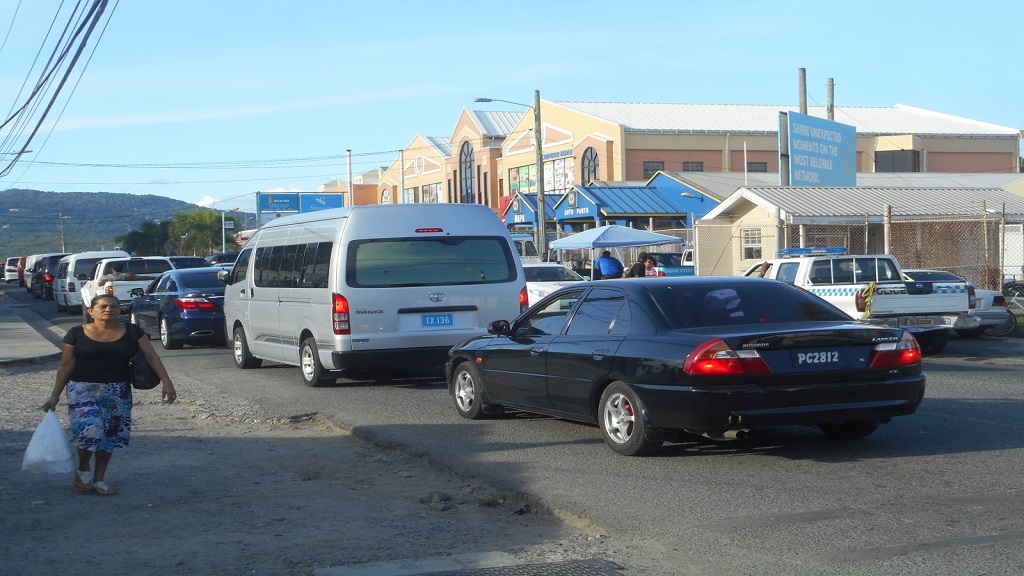 Steps have been taken by the Vieux Fort police to ease the traffic congestion in Vieux Fort town.

However, as of yesterday, Friday, September 13, 2019, it was not quite effective due to the fact that many motorists are not aware of some of the traffic changes in Vieux Fort.

Over the past few years, there has been a sharp increase in vehicular traffic in Vieux Fort, resulting in traffic congestion in various parts of the town, especially Beanefield, New Dock Road and a section of Clarke Street.

The move to ease traffic congestion in Vieux Fort commenced earlier this week. It has resulted in a few streets being converted into one-ways, several diversions, a change in the direction of vehicular traffic on certain streets, and the Vieux Fort/ Belle Vue and Vieux Fort/ Aupicon bus stands being relocated for one day.

The traffic woes in Vieux Fort are compounded by the fact that many of the “No Parking” areas are not easily identified. The markings to identify the areas where parking is prohibited on a number of streets in the town have faded.

According to a police source, without those areas being re-marked, their jobs will remain difficult as it relates to enforcing the traffic laws in Vieux Fort.

Loop News understands that a number of drivers have won the cases brought against them for parking in areas where it is prohibited, due to the fact that some of the "no parking" areas are not properly identified.

The police are now working towards having those “no parking” areas along the streets of Vieux Fort town re-marked.

The traffic changes in Vieux-Fort is of concern to many drivers who say it will ease the traffic congestion in one section of the town and at the same time cause congestion in another part.