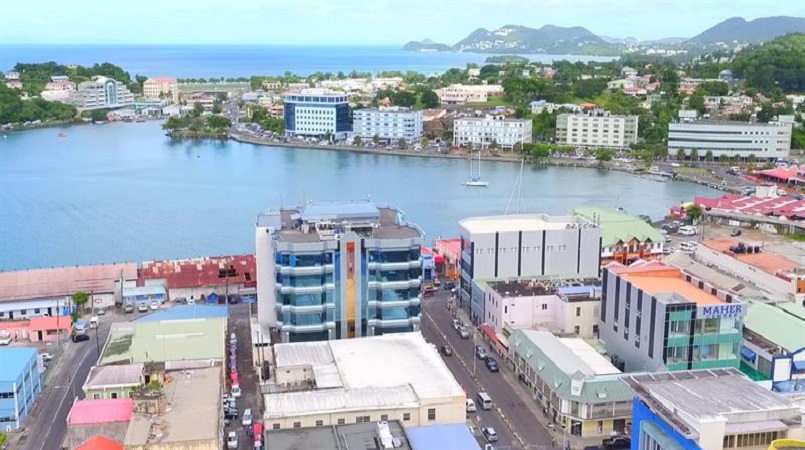 Plans are moving swiftly ahead to makeover and beautify the city of Castries. So said Dr. Lorraine Nicholas, Project Manager of the OECS Regional Tourism Competitiveness project (ORCTP), an initiative implemented by Ministry of Tourism, Information and Broadcasting, Culture and Creative Industries.

Dr Nicholas confirms that under the project, which is aimed at enhancing tourism business in Saint Lucia, there has been some headway on three specific initiatives: improvements to sidewalks in seven streets in Castries; pedestrianization of the William Peter Boulevard; and improving facades to storefronts and businesses in Castries.

“During the months of March, June, July, and August, we held several consultations with members of the public, and other relevant government stakeholders, with a view to getting their perspectives on our planned investments in signature sites, as part of our objectives to strengthen the competitiveness of tourism in Saint Lucia,” Dr Nicholas explained.

The most recent consultations were held on Aug. 7 and 8 in Castries, as well as in Vieux Fort, where six option designs to pedestrianize the William Peter Boulevard were presented to stakeholders and members of the public. Based on the feedback received during consultations, the preference from the majority of persons is that the boulevard becomes a fully pedestrianized zone that is completely free of all vehicular traffic at all times, except possibly, only for vehicles which service the financial institutions that currently operate in the space and Emergency Services.

“It is expected that pedestrianization will create an enhanced atmosphere for relaxation, frolicking, dining and hassle-free shopping, which will ultimately stimulate more economic activity in the city. So far, all of the consultations have helped to add insight to prepare the final designs required to make promised improvements to the city as part of the long-term goal of the government to enhance tourism business,” Dr Nicholas posited. “We are looking forward to the full cooperation of the public when we begin to work on transforming the boulevard, the sidewalks and the facades of some buildings in the city of Castries.”

These three initiatives will herald the beginning of the Castries redevelopment initiative under the ORTCP.

The ORTCP is a six-year tourism development Project, which is funded by the World Bank with the aim of stimulating tourism growth on the island.