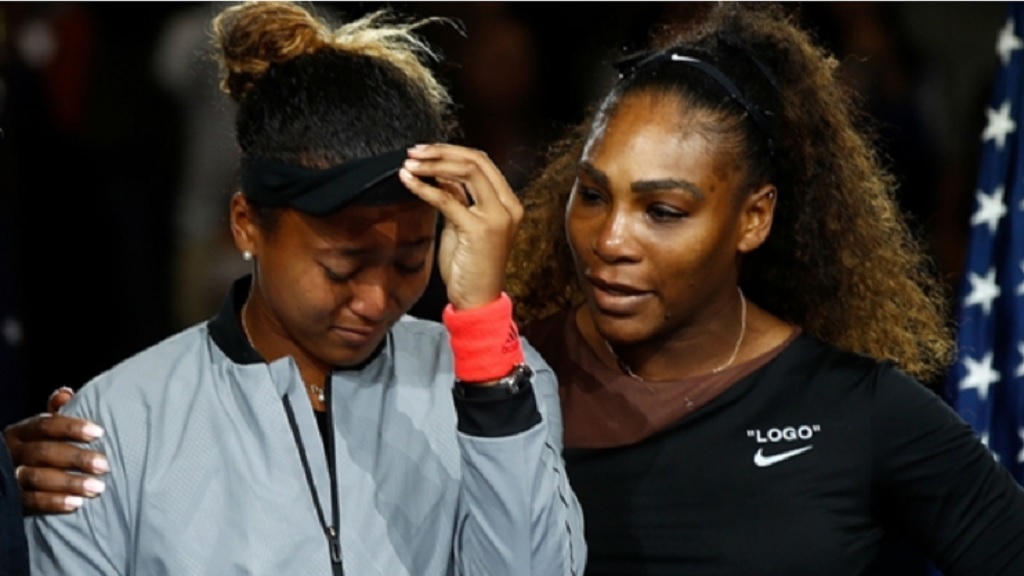 Serena Williams apologised to Naomi Osaka for her outburst in the US Open final but maintains the incident demonstrated the unequal treatment received by female and male competitors.

But it was her veteran opponent's reaction on the way to being denied a record-equalling 24th major triumph that stole the headlines, with Williams responding furiously to umpire Carlos Ramos handing her a game penalty after the official initially penalised her for a coaching violation.

In an article for Harper's Bazaar, the 37-year-old explained she took a long time to get over the defeat and started seeing a therapist. She concluded the potential impact upon Osaka was the root of her lingering disquiet, so reached out to the Japanese.

"Finally I realised that there was only one way for me to move forward. It was time for me to apologise to the person who deserved it the most," Williams wrote. "I started to type, slowly at first, then faster as if the words were flowing out of me."

Her message read: "Hey, Naomi! It's Serena Williams. As I said on the court, I am so proud of you and I am truly sorry. I thought I was doing the right thing in sticking up for myself. But I had no idea the media would pit us against each other.

"I would love the chance to live that moment over again. I am, was, and will always be happy for you and supportive of you. I would never, ever want the light to shine away from another female, specifically another black female athlete.

"I can't wait for your future, and believe me I will always be watching as a big fan! I wish you only success today and in the future. Once again, I am so proud of you. All my love, your fan, Serena."

In a response that reduced Williams to tears, Osaka stated, "People can misunderstand anger for strength because they can't differentiate between the two," and added, "No one has stood up for themselves the way you have and you need to continue trailblazing".

At the time, Williams complained to tournament referee Brian Earley that her punishment was disproportionate when set against male players who have behaved in the same way. Osaka's reply sharpened her focus on this.

"This incident—though excruciating for us to endure—exemplified how thousands of women in every area of the workforce are treated every day," she continued. "We are not allowed to have emotions, we are not allowed to be passionate. We are told to sit down and be quiet, which frankly is just not something I'm okay with.

"It's shameful that our society penalises women just for being themselves."

Reflecting upon her career struggles, Williams added: "In short, it's never been easy. But then I think of the next girl who is going to come along who looks like me, and I hope, 'Maybe, just maybe, my voice will help her'."

Osaka added this year's Australian Open to her haul, while Williams progressed to the semi-finals of Wimbledon on Tuesday with gripping 6-4 4-6 6-3 win over Alison Riske.

Serena Williams fined $17K for rules violations at US Open

Serena acted with grace and class in US Open final - Curry