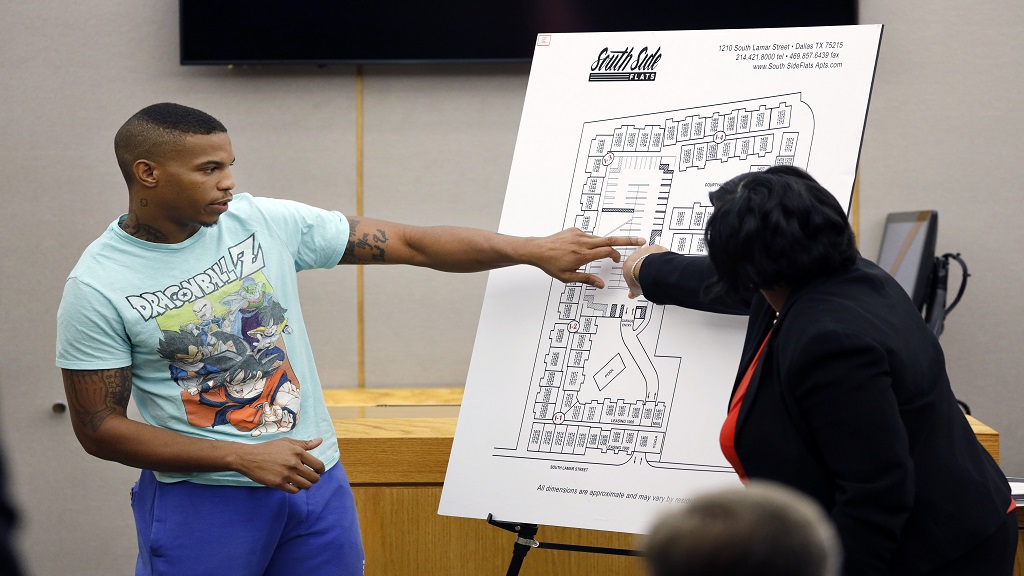 Dallas police say three men are suspected in the killing of a man who testified at the trial of a Dallas police officer who killed her upstairs neighbour.

Moore says the three were in Dallas to buy drugs from Brown, who was fatally shot at a Dallas apartment complex.

He says the killing was not tied in any way to Brown testifying at the murder trial of former officer Amber Guyger, who was sentenced last Wednesday to 10 years in prison for killing her neighbour, Botham Jean.

Brown lived on the same floor as Jean and testified about what he heard the night Guyger killed him.

Through the dedicated work of the DPD homicide detectives, we have identified 3 suspects in the murder of Joshua Brown. Jacquerious Mitchell B/M age 20, Michael Mitchell B/M age 32 and Thaddeous Green B/M age 22 pic.twitter.com/v0vikYEpD4

We received numerous tips that led us to execute a search warrant for Mr. Brown’s apartment. We confiscated 12 lbs. of marijuana, 149 grams of THC cartridges and $4,157 in cash. @ChiefHallDPD

Jean family lawyer says focus should be on corruption not hugs