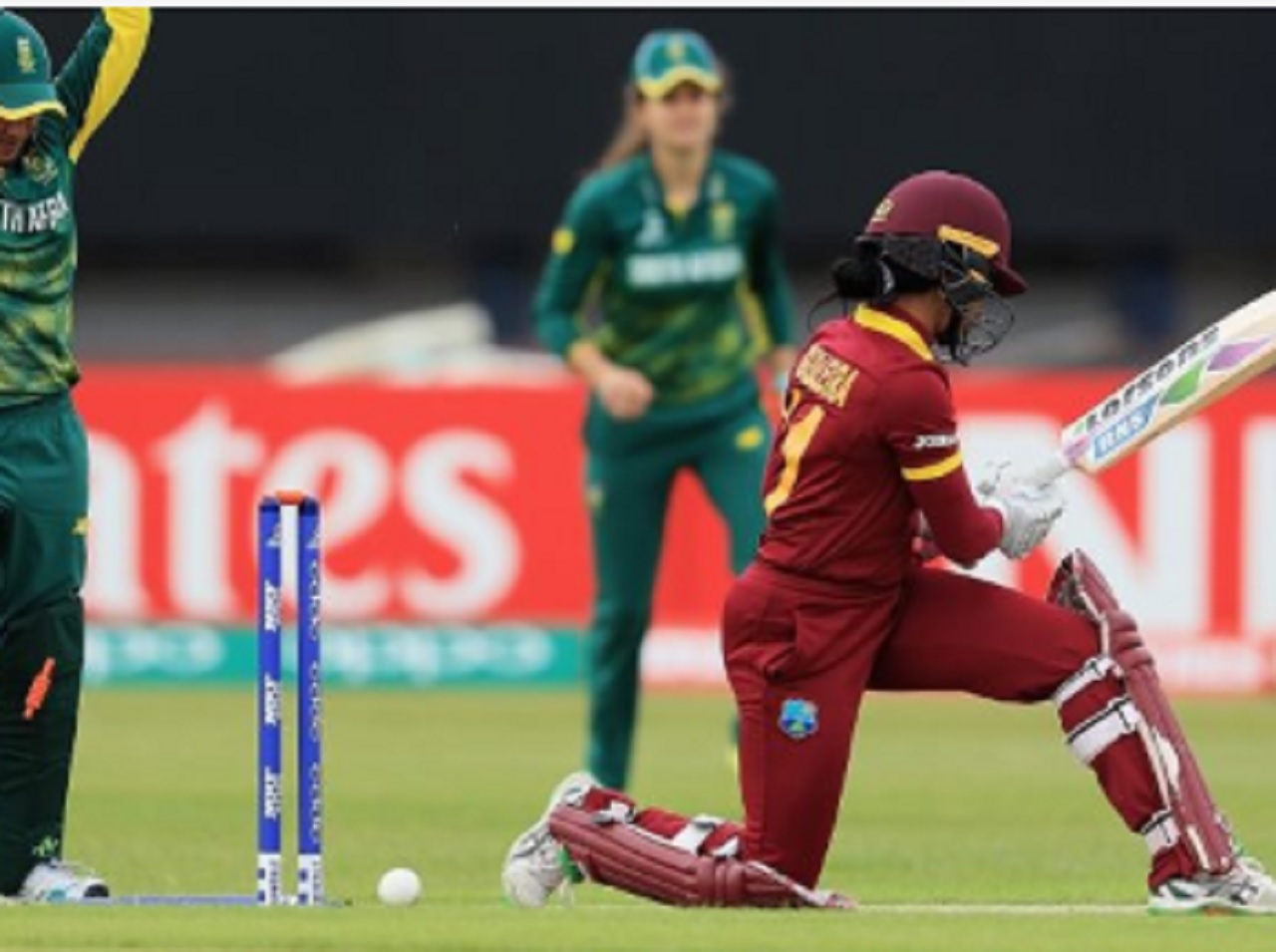 Action from the West Indies, South Africa match in the ICC Women's World Cup on Sunday.

Kycia Knight and Subrina Munroe have been brought into West Indies squad for their fourth match of the 2017 ICC Women's World Cup in England.

Knight and Munroe replaced fast bowlers Shakera Selman and Shamilia Connell, who are out because of injuries.

The changes were announced a few days after West Indies crashed to 48 all out against South Africa,  their second-lowest total in ODIs.

The changes were made with a mind to bolster their batting.  Knight,  has not played international cricket since the 2016 World T20, while 32-year-old Munroe was last seen in West Indies colours in May 2015.

Selman was ruled out after being struck on the helmet while fielding at short leg during West Indies' opening game at the Women's World Cup last week. In their  second game, new-ball bowler Connell left the field after bowling only four overs and has been diagnosed with a hip injury.

West Indies are one of three teams to have lost every match they have played at the Women's World Cup, but captain Jamaican Stafanie Taylor has not lost hope with four games left.

Taylor said, "I guess when you look back at the game [against South Africa], especially for the batters, we just got out softly and a lot of our batters, especially at the top order, we didn't apply ourselves properly. We've been in England for a while, it's not like we've come here yesterday where we don't know what has been happening. I didn't think that our mindset was right. I don't think we were focused."

When pressed on how she was going to lead West Indies' turnaround, Taylor offered a very frank reply.

"I've been asking myself that, to be honest. As a captain, you are thinking, you've lost all three games, what do you say to these players now? But if you really want to make it to the semi-finals, you've just got to find a way to turn it around. We've lost three games now, we have four more games to go, so we just have to bounce back and keep fighting.

"There's still a chance, I do believe there is still a chance, we still have games to go and teams that I know we can beat. As individuals, we really need to look into ourselves and see what we're doing wrong and just to rise above."

Embarrassing! Windies blown away for 48 in ICC Women's World Cup

Windies Women turn attention to India after thrashing from Aussies