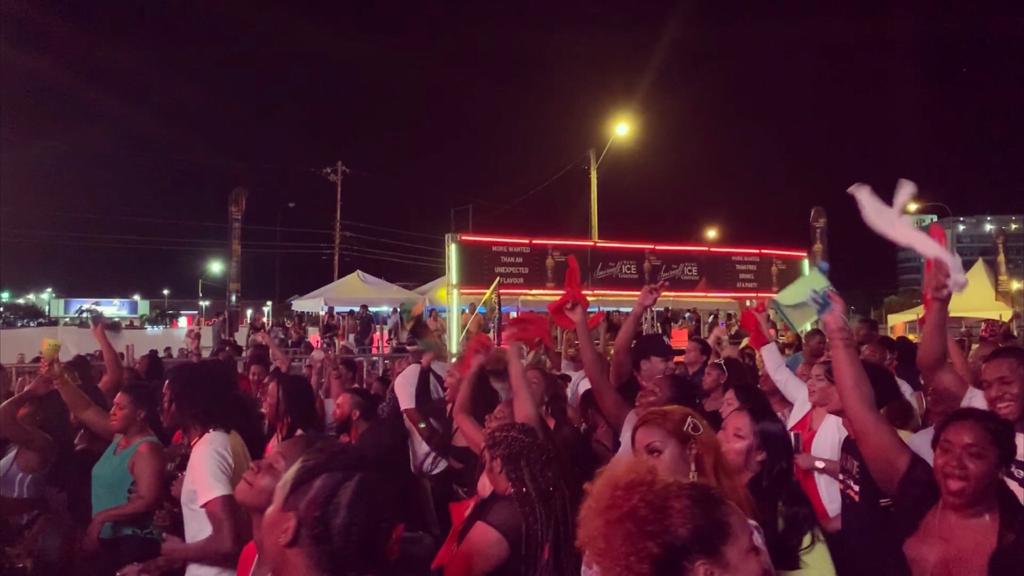 This year YUMA VIBE is celebrating all things Fete!

On Friday night they hosted Erupt, an event which promised to give a preview of what’s to come on the road come carnival Monday and Tuesday.

Having celebrated its tenth anniversary last year, YUMA is still considered a relatively young band, but even so they’ve managed to stamp their name and firmly cement their place on the carnival circuit.

Friday’s event was hosted by St Lucia’s Barrie Hype and featured performances by some of this season’s most in-demand artistes.

Nailah Blackman, Voice, Lil Natty and Thunda, Nadia Batson, Iwer George, Patrice Roberts, Mr Killa, Vincentian singer/songwriter Problem Child, who performed fresh off the Soca Monarch stage and Singer/Song Writer/Producer, Motto, were among the acts who ensured there was no shortage of vibes at the event.

In an interview with Loop News Motto, the St Lucian triple threat said this is one of the best seasons he’s enjoyed since his initial foray into the soca arena.

“It’s the first year I have so many projects out as far as riddims and songs go. This year I have like five riddims out that includes the Big Ride Riddim, the Bailah Riddim with Kes, myself and Skinny Fabulous, the Toatin’ Riddim featuring myself and Nessa Preppy, Nadia Batson, Lyrikal, Dev, Shal and Rae. All the songs are accepted widely, I mean you saw the crowd a while ago. Trinis love the vibes, they love the beats, and you know the sound from up the islands. All my music has been widely received, it’s been an amazing season for me so far.”

As much as he loves performing, which he said allows him to feed off the energy of partygoers, Motto said he much prefers the creative process.

“The most exciting part is testing the limits of your creativity. There’s always the question of how creative you can get, what it’ll take to make a beat that people will fall in love with. A lot of producers don’t have the formula, for some it’s hit and miss. Finding that something every year that people would want to get to know… that beat that is undeniably infectious and have people think ‘wow!’ this is what I like doing. I listen to sounds from other countries and put elements together. As you can see, it works. The fusion works.”

We met Kandice who travelled from Guyana for carnival. She described the event as an accurate representation of the authentic Trini fete experience.

“I’m really, very happy to be here. I was promised a good time, but this is so much more than I expected. The vibes so potent it has engaged every one of my senses. Nice crowd, great music. I’ve enjoyed all the performances so far but Motto! Goodness, he embodies carnival energy!” she told Loop News.

Xavier from St Kitts said for him the highlight of the event was Mr Killas performance.

“Even the Road March contenders Stage Gone Bad and Conch Shell did not illicit the response that Mr Killa did. The power he wields over his audience is impressive and enviable. Sucks that he didn’t compete in Soca Monarch, would have loved to see his crowd control go up against the Water Lords monster tune.”

Machel Montano was the last to perform at the show which ended just after 5am on Saturday.

For a brief moment, he was joined on stage by long-time friend, comedienne and Talk Show Host, Lilly Singh.

She told Loop News “I love Trinidad, I love the culture. I had to be here.”

Mr Killa: I have no regrets