21 Savage: Children in US illegally should be ‘exempt’ 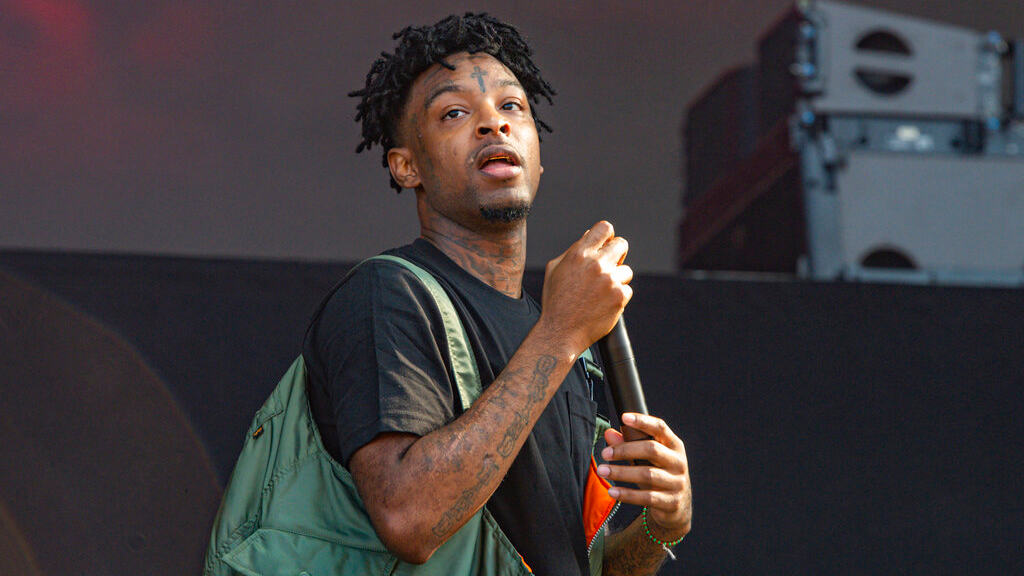 FILE - In this Aug. 2, 2019, file photo, 21 Savage performs at the Lollapalooza music festival in Chicago. (Photo by Amy Harris/Invision/AP, File)

Rapper 21 Savage believes immigrants like him who lived in America illegally as children should automatically become US citizens.

The Grammy-nominated artist who this year was held in federal immigration detention told The Associated Press on Thursday night that such immigrants also shouldn’t have to endure the lengthy process to obtain visas. He spoke in an exclusive interview before receiving an award from the National Immigration Law Center.

“When you’re a child, you don’t know what’s going on,” he said. “Now, you grow up and got to figure it out. Can’t get a job. Can’t get a license. I’m one of the lucky ones who became successful. It’s a lot of people who can’t.”

NILC honored 21 Savage for being an advocate for immigrant justice. He was arrested in February in what US Immigration and Customs Enforcement said was a targeted operation over his expired visa.

He spent 10 days in a detention center in south Georgia before being released.

The Atlanta-based rapper, whose given name is She'yaa Bin Abraham-Joseph, is a British citizen who moved to the US when he was 7. His visa expired in 2006, but his lawyers had said that wasn’t his fault.

“When you ain’t got no choice, you should be exempt,” 21 Savage said. “It’s not like I was 30, woke up and moved over here. I’ve been here since I was like 7 or 8, probably younger than that. I didn’t know anything about visas and all that. I just knew we were moving to a new place.”

He said people in his shoes should be made citizens.

Federal immigration officials have known 21 Savage’s status since at least 2017, when he applied for a new visa.

The 26-year-old rapper’s immigration case still remains pending a hearing before a new judge, according to his lawyer.

21 Savage said the process to apply for a visa discourages a lot of other immigrants who don’t have documents because it “hangs over your head forever.”

“They just lose hope,” he said. “I feel like kids who were brought here at young ages, they should automatically be like ‘Yeah, you good to stay here, work and go to college.’ It should be nipped in the bud before it gets to a point before you come of age.”

“Up until the moment when he was arrested, there wasn’t a nationally or public conversation about black immigrants,” said Cullors, who introduced 21 Savage and handed him the Courageous Luminaries award. Her activist organisation led a coalition to facilitate his release from ICE custody.

“The conversation primarily revolved around Latin immigrants,” she continued. “His detention really pushed a national conversation and it made us talk about what’s happening with black people who are undocumented. All the black people in America aren’t just citizens.”

21 Savage was thankful for the award but said there are countless immigrants who are battling to stay in the US.

“We got a fight that we need to continue in this country,” he said. “It ain’t over yet. Even after everything is cool with me, we still have to fight and help people who can’t fight for themselves.”

Rapper 21 Savage in US immigration custody