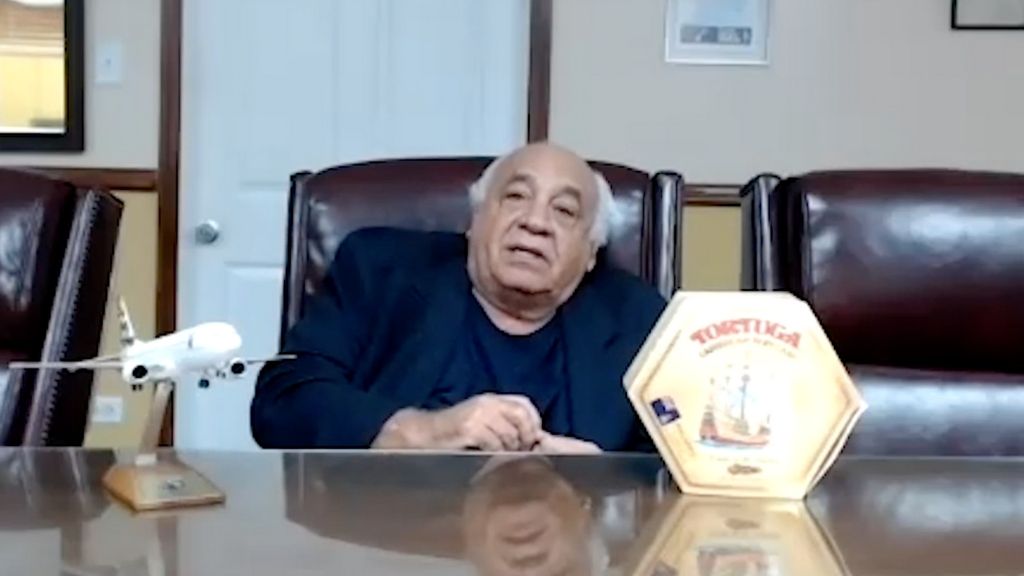 Robert Hamaty being interviewed by Porthole Magazine in April 2020

Robert Hamaty, Founder and Owner of the Tortuga Rum Company, passed away in a Miami hospital on the morning of June 13 at the age of 72.

“Robbie”, as he was called, was a well-known figure and an inspiring visionary who was admired by many across the Cayman Islands, Jamaica and throughout the world.

After the announcement was made of his passing, condolences and devotions began to pour in from far and wide. In a statement on its Facebook page, the Cayman Heart Fund referred to him as “the sweetest man we know.”

Here are five lessons that we can all learn from Robert Hamaty’s life.

1. You can be anything you want to be

In his lifetime, Robert Hamaty had the opportunity to wear a variety of hats. Businessman, pilot and diplomat were but a small sample of the many shoes that he filled. As an entrepreneur, he was the founder of one of the Caribbean’s most notable brands. He also had a decorated career as an airline pilot, flying for both Cayman Airways and Air Jamaica and served as Cayman’s first Honorary Consul to Jamaica (1992-2009) and held a number of directorships in the financial services industry.

2. Be passionate about a cause

Robert Hamaty was a champion for organ donation in the Caribbean— and with reason. A heart transplant not only saved his life in 1986, but extended it by 24-years. Due to his focused efforts and advocacy, the Human Tissue Transplant Council was formed in the Cayman Islands in 2018 and Hamaty served as one of its five members.

3. Don’t be afraid to go into uncharted territory

When Robert Hamaty and his wife, Carlene, founded the Tortuga Rum Company, the Cayman Islands did not have a national rum brand. Three years later, the couple opened Cayman’s first and eventually largest duty-free liquor store, and followed with the Caribbean’s first commercially produced rum cake. Hamaty’s daughter, Monique, has described her admiration of her father’s drive in the early days of the business. “He knew nothing about baking and taught himself by reading books on baking, machinery for baking and preserving, etc. I admire that drive to this day,” she said.

Robert Hamaty excelled at everything that he did. At the age of 24-years, he became one of the youngest captains of Air Jamaica. As the Founder and Owner of the Tortuga Rum Company, he was responsible for the number one export of the Cayman Islands and for years, his company was on the INC5000 list of fastest-growing private businesses in the United States. As Jamaica’s first consular representative to the Cayman Islands, Hamaty was awarded the Order of Distinction (OD), Officer Class for his work in promoting the best interests of Jamaicans in the Cayman Islands.

To Hamaty, family was everything, and his strong family ties were intertwined throughout his career and ventures. The Tortuga Rum Company was co-founded by him and his wife, Carlene, and the famous Tortuga Rum Cake was based on Carlene's family recipe. His daughter, Monique Hamaty Simmonds and son-in-law, Marcus Simmonds, run the company’s operations in Miami. Hamaty’s son, Basil, followed in his father’s footsteps and became a captain with Cayman Airways and Hamaty followed in his own father’s footsteps, first as a pilot and then in the sugar industry as a rum manufacturer. “I have sugar in my blood,” he said in a recent interview.

Hamaty was a self-described family man and had five grandchildren whom he loved dearly. These close family bonds were undoubtedly a great source of inspiration for his success.

A model for business owners/ entrepreneurs affected by coronavirus