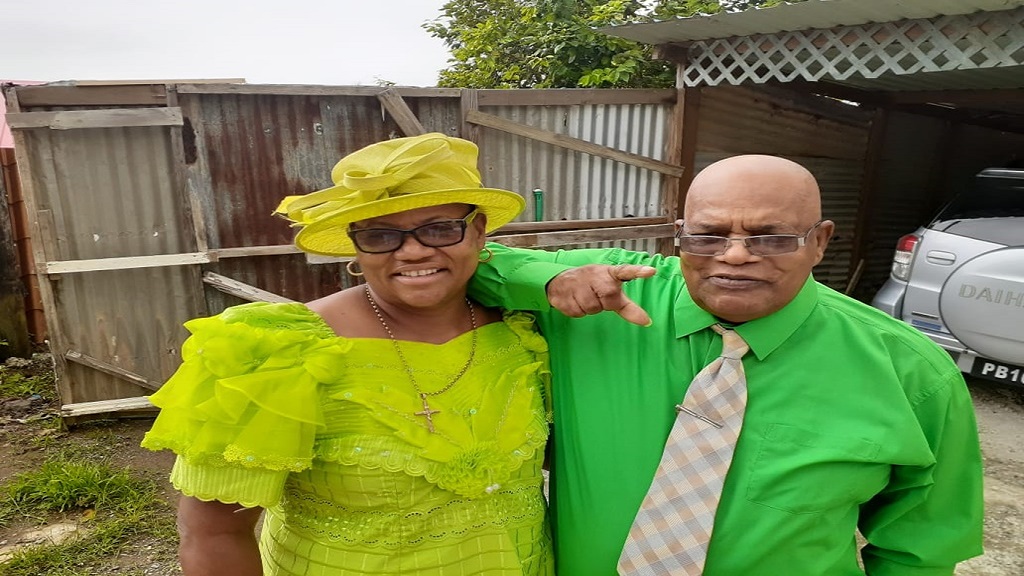 Surely the most frequently asked question among married couples must be: What is the secret to a successful marriage?

Who better to ask than local vendor Frances Severin, also known as ‘Frances Rub’, and her husband Joseph ‘Mr Sugar’ Severin who have been married for 28 years.

Their love story began in 1992. It was love at first sight when Mr Severin was blown away as he laid eyes on Frances at the Castries Market.

He decided right on the spot that this was the woman he wanted to marry. Although he resided in London at the time and Frances had kids from a previous relationship, this man was determined to get her off the market.

The couple met in April and with the full support of family members, by June 19, 1992, they tied the knot at the registry in Castries.

The newlyweds moved to London for a short while but returned to St Lucia and nestled into their present residence at La Guerre, Babonneau.

Mrs Severin, 57, and her husband, 84, celebrated their 28th wedding anniversary on Friday. She said that love is the key to their long-lasting marriage.

The couple has never gone a day without speaking to each other and: “We don’t go to bed mad at each other because you never know one of us might die in our sleep.”

Mr Severin, although partially blind, always keeps his wife on her toes. He constantly makes small gestures such as randomly hugging her and giving her kisses, which up to this present day, still gives her butterflies.

She, in turn, nurtures and cares for him.

The couple spends a great deal of time together so much so, that their outfits are always coordinated.

Above all, they stress treating one another with respect and making each other feel special for keeping their marriage on the right path.

Every anniversary for the Severins has been a grand celebration of love for each other.

This year, the couple kept it low-key with a visit to the doctor and catching up with some old friends.

According to the couple: “treat your spouse the way you want to be treated” and if you can respect each other then you will have a good life and a good marriage.

Love under lockdown: Ways to keep your relationship alive