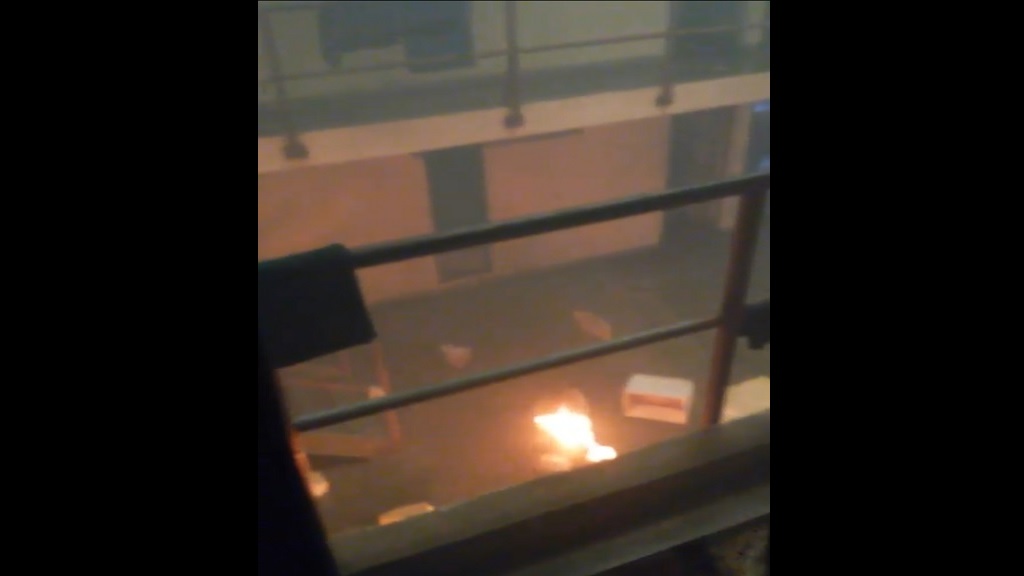 Prisoners at the Bordelais Correctional Facility (BCF) staged a riot Sunday morning following a total lockdown of the facility.

Inmates lit mattresses on fire, in retaliation to the lockdown which came as a result of a prison break on Saturday, March 21, 2020.

According to BCF authorities, six inmates attempted to escape the penal facility on Saturday by scaling the barbed wire fencing.

Four of the individuals were caught in the process, however, two were successful.

This means the prisoner will remain in their cells, but only be allowed out at mealtime.

“Because the prison is on lockdown, the remand unit guys’ burnt mattresses in the hallway,” Director of Corrections, Hilary Herman disclosed.

This is the unit where the two escapees and the ones who were caught were housed.

Video footage of the blaze spread like wildfire over social media, allegedly by the inmates.

“Right now there, it turn up, we catching the whole place on fire…No visit, corona there your’ll trying to leave man inside! We burning down the place today boy,” one inmate can be heard saying.

“The remand block is the most active block in the prison with approximately 113 inmates,” Herman said.

Currently, there are 512 prisoners housed at the BCF.