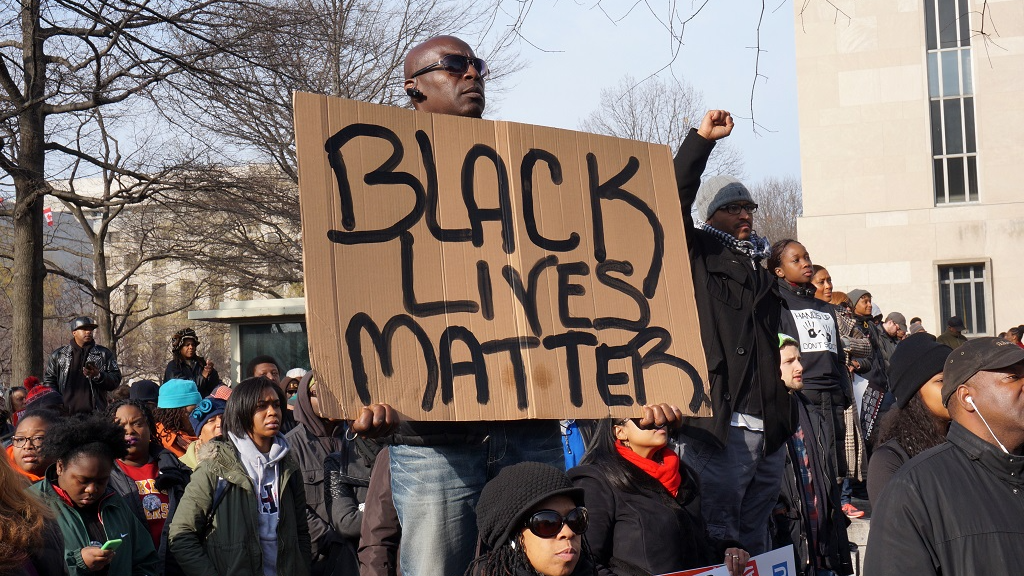 Aaron Alexander of the Black Lives Matter Saint Lucia movement circulated a voice note today in which he stated that the law should not suppress the voice of the people in denying the staging of a rally.

"There should be no law to suppress the expressions of a people, especially when those people are peaceful and non-violent.

We believe the authorities should do all in their power to facilitate this event."

Acting Police Commissioner Milton Desir reaffirmed the position of the police in declining permission for the mass crowd event saying: "The current law does not allow the Commissioner of Police to approve such an event, at this time, scheduled for Friday, June 12, 2020.

"The Acting Commissioner also has a responsibility to adhere to the laws related to safeguarding the health of residents, with the primary guidance from the law and always in conjunction with the Chief Medical Officer."

"In the interim, he urges Saint Lucians to feel free to share their solidarity with the Black Lives Matter Movement, via other mediums with the rest of the world, until such time that we can publicly express our views safely through a mass crowd event."

Alexander said: "For those who say to us why now, we simply ask them, if not now, then when? Next month? Next year? Next 10 years? Tell us when. Before elections or after elections? You tell us when is the right time. There is no time to do what is right and so we say to them the time is now and now is the time.

Our leaders need to join us in our quest to raise awareness on the issues mentioned earlier. All are welcome. And remember, justice is above the law."

He also stated: "Our planned peaceful protest is about raising awareness concerning injustice, police brutality and the need for social justice and peace in our country.

This is a non-political protest and it is open to all citizens, political groups, church organizations, civil society, NGOs, etc. We fully support the need for a Halls of Justice in Saint Lucia, this is very critical. We fully endorse the statement posted by the prime minister on his Facebook page and also the call by madam Nancy Charles for us to stomp out all racist remarks made by persons either black or white.

We placed a call to her personally inviting her to the protest and we extended that invitation through her to the prime minister. She thanked us for the invitation and promised to get back to us to confirm.

We are grateful that the opposition leader has come out in support of the protest."

The Opposition Saint Lucia Labour Party issued a statement which said in part:

"The request to hold the rally was not granted on the grounds that it would be contrary to the terms of the COVID 19 Statement of Emergency regulations which prohibit mass crowd events. It seems that double standards are being applied with regard to the COVID 19 protocols since Government officials, and in particular the Prime Minister, have been openly acting contrary to these protocols by mixing with crowds at political events without even wearing a mask. This lax approach to the observation of the COVID 19 State of Emergency has already encouraged other citizens to be gathering in crowds for relaxation and entertainment purposes.

There could have been a more cooperative approach to the request, especially given the fact that the Prime Minister this week published a long letter of support for the Black Lives Matter Movement on his Facebook Page. It was to be expected therefore that the Administration could have worked with the organizers of the Rally to determine how it could have been realised while observing the relevant COVID 19 protocols.

The Saint Lucia Labour Party supports the objective of the rally and believes that this can still be accomplished."

Prime Minister Allen Chastanet said in a statement: "While I fully appreciate the concerns about security, health and safety, especially while we remain under a State of Emergency situation, it is my view that Saint Lucia must show solidarity with the Black Lives Matter movement. The disease that is racism, with all its ominous implications, must be resisted at every opportunity, and by all of us.

I have requested that all parties concerned pursue every possibility that would permit the Black Lives Matter activity to go on without contravening the established protocols. However, the final decision is the responsibility of the relevant authorities."

PM: I stand with those who have suffered because of their skin