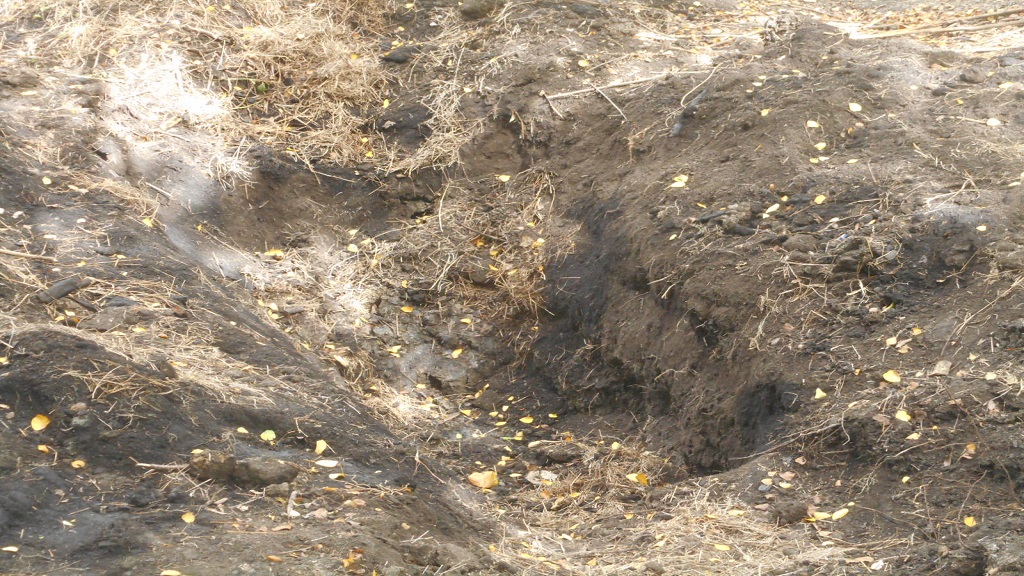 The victim's body was found in this old coal pit

As of this morning, police were unable to identify the headless body of a male found in an old coal pit along the Micoud/Vieux-Fort highway Wednesday, February 19, 2020.

The gruesome discovery was made by the police late yesterday afternoon after they had received certain information which had required them to go to the area. The body was found about 30 metres behind Atlantic Shores Riding stables, located along the highway.

The head of the victim was discovered in another location many miles away.

One man is currently in custody assisting police with their investigation into the matter.

Earlier, we reported that the body is that of a male whose family had reported him missing four days ago, based on an interview with a family member.

Commenting on the report, a police source told Loop News: “It’s too early to say who is the body. A forensic test must be conducted first before the body can be identified.”

The police have declined to comment on rumours that the person assisting them with their investigations into the matter had confessed to committing the heinous crime.

This morning, a family member of the man who had been reported missing said: “We are just about to leave to go to Castries to give samples… on which a test will be conducted to determine whether the body is that of our missing family member.”

“It’s is possible that the body could be that of our missing family, but we would not speculate, there is a procedure to follow to make such determination.,” another family member told Loop News.