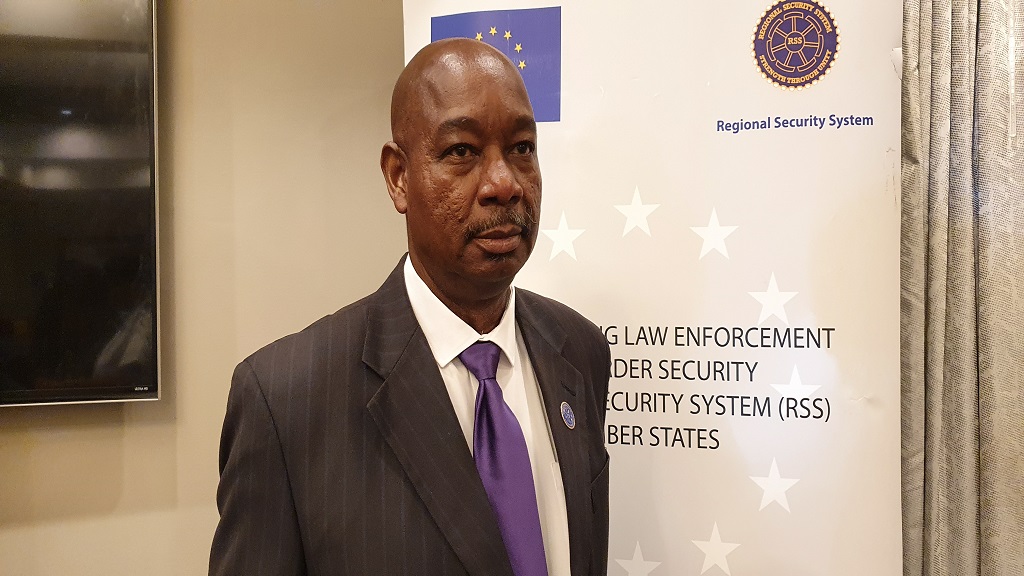 Drug trafficking and the proliferation of illegal weapons remain a major concern to the Regional Security System (RSS).

Border security is a common concern among islands of the Caribbean, and according to Deputy Executive Director of the RSS, Graham Archer, collaborating with other agencies in curbing border security challenges is important.

“It is a priority for us at the RSS in conjunction with our sister agency CARICOM IMPACS, because they are the lead on border security in CARICOM, we want to secure our borders better especially as it relates to firearms which are causing some degree of concern to our member states,” Archer said.

The waters of the Caribbean have been a popular smuggling route for drugs and other illicit items since the 1980s.

While there have been several seizures over the years, Mr Archer could not confirm nor deny if there has been an increase or decrease of such activities in recent times.

“The importation is somewhat seasonal based on sea conditions, weather conditions, harvesting and so on. While at sometimes we may have a null, I would not say we have had a decrease. It is one of the very important areas for us still to monitor the trafficking of drugs in our region.”

Traffickers he says sometimes use different routes and tactics.

Secured borders will also facilitate stability in the region in addition to the safe and secure movement of people.

In 2016, after assuming office, the Allen Chastanet-led administration in St Lucia announced plans to install a Border Control Unit.

The unit will see the amalgamation of the Customs and Immigration departments along with the Marine Unit.

According to Prime Minister Allen Chastanet, the goal of the Border Control Unit is to strengthen Saint Lucia’s borders.

Coronavirus cases in the Caribbean to date: 30,557

Coronavirus cases in the Caribbean to date: 30,557