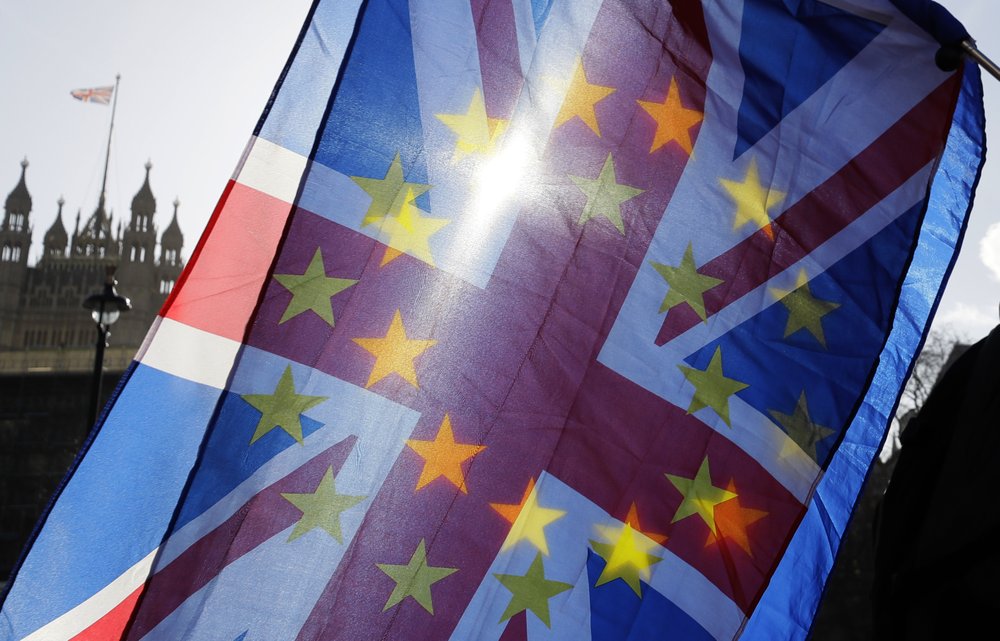 Friday will mark a truly historic moment, but almost nothing will happen.

A few Union Jack flags will be lowered from European Union buildings in Brussels, more will be waved in jubilation by Brexiteers in London at the moment of Britain's departure — at 11 pm in the UK, midnight in much of the EU (2300 GMT).

But for most of the half a billion people in Britain and the bloc, it will be a normal Friday night.

Britain and the bloc fought tooth and nail for the best part of four years — with insults flying across the English Channel — over the terms of their divorce. Now, on the eve of one of the most significant events in European Union history, the political eruptions have ceased and an uneasy quiet reigns: the calm before the next storm.

Both sides are spent and drained from the Brexit fight, and neither has much appetite for an extravaganza to mark the occasion.

The EU would prefer the night to pass without anyone noticing. After all, it is losing one of its biggest members, a diplomatic, military and economic power on a par with Germany and France. The UK is the first nation ever to turn its back on the EU in the 62-year history of this experiment in political union.

"We will always love you and we will never be far," she said at the last session of the European Parliament with British participation.

Even British Prime Minister Boris Johnson, an energetic champion of Brexit, promised a "dignified exit" that is "mindful of everybody's feelings."

Arch-Brexiteer Nigel Farage and his band of devotees will gather for patriotic songs and speeches in London's Parliament Square. But Johnson is staying away from triumphalism and won't be gloating, at least in public.

Union Jacks will flutter in the streets around Parliament and buildings will be lit up in red, white and blue. But there won't be fireworks.

Britain's prime minister and his Conservative Party may have won election last month on a promise to "Get Brexit Done," but he knows his country is almost as divided today as it was in June 2016, when voters decided to walk away from the bloc after more than four decades.

The 52%-48% margin of victory for the "leave" side was so tight that it tore at the fabric of the nation, divided parties and families, split big cities from small towns and pitted England against Scotland.

In the years since, it has pitted a divided Britain against the EU's united 27 remaining nations.

British politicians struggled to agree on what they wanted from Brexit and what it looked like — as was made clear by Britain's previous prime minister, Theresa May, who coined and endlessly repeated the empty phrase "Brexit means Brexit."

Br itain's Parliament and government were riven by deep divisions over Brexit, pitting "remainers" against "leavers," and setting those who wanted a sharp break with Europe against factions favoring a softer departure, or even no Brexit at all.

The EU's 27 other nations, in contrast, knew what they wanted and stuck together, led by the formidable negotiator Michel Barnier. While Britain cycled through several Brexit ministers and negotiators, Barnier remained — and the EU is keeping the silver-haired diplomat on to lead the talks on its future trade and security deals with Britain.

Barnier's steadfastness in preserving the EU's single market and core principles meant that when the two sides finally struck a deal on Britain's departure terms in late 2018, it contained little of the cherry-picking of membership perks that Britain had sought. And it included a major concession by the UK to maintain an open border between the EU's Republic of Ireland and the UK's Northern Ireland.

Yet the EU divorce agreement agreed upon by May immediately ran into trouble in Britain's Parliament, where lawmakers rejected it three times. Pro-Brexit legislators thought the terms too cozy with the bloc; pro-EU lawmakers said they were too harsh.

As Britain bickered, the actual Brexit date kept getting pushed back: March 29, 2019 became October 31. May fell and as replaced by Johnson, who vowed that Britain would leave the bloc at Halloween "do or die." Again, lawmakers blocked him.

Businesses on both sides of the channel grew increasingly frustrated as officials were unable to tell them what trading conditions they would face after Brexit. The danger grew that Britain would crash out of the bloc without a Brexit deal, leaving a chaotic landscape for firms that trade between the UK and the EU.

In the end, sheer exhaustion helped break the logjam. Many Britons — whether they wanted to leave the EU or remain — were so exasperated by the interminable wrangling that they voted in last month's election for the politician who promised to get it all over with: Johnson.

Armed with a big majority in Parliament, Johnson succeeded where May had failed and got Parliament to approve a rejigged EU divorce deal. Brexit was re-scheduled for January 31 -- and this time, it's for real.

On Saturday the EU will be smaller — a failure for which the bloc's leaders know they are partly to blame. The United Kingdom will no longer be part of EU summits and ministerial meetings. Its 73 EU parliamentarians have lost their jobs and cleared out their offices.

Initially, residents in the UK and the EU will notice few changes. February 1 marks the start of a transition period until the end of the year, in which Britain will continue to follow EU rules and pay into the bloc's coffers. People and businesses can carry on as usual while the two sides negotiate a new relationship on trade, security and a host of other issues.

Johnson insists he won't allow the transition period to last more than 11 months, and says that's ample time to strike a free trade agreement. The EU says otherwise, pointing out that similar deals with Canada, Japan or South Korea took years, not months.

So yet again, the two sides appear on a collision course. Britain says it will not agree to follow an EU rule book in return for unfettered trade. The bloc insists there can be no trade deal unless Britain agrees to a "level playing field" and does not undercut EU regulations.

And the issue of fishing looms large once again. Britain insists it will take control of its fishing waters after Brexit. The EU says it will want access to British waters for European fishermen in return for a deal in other areas.

And Britain's dreaded cliff-edge economic split is still very much on the cards at the end of 2020.