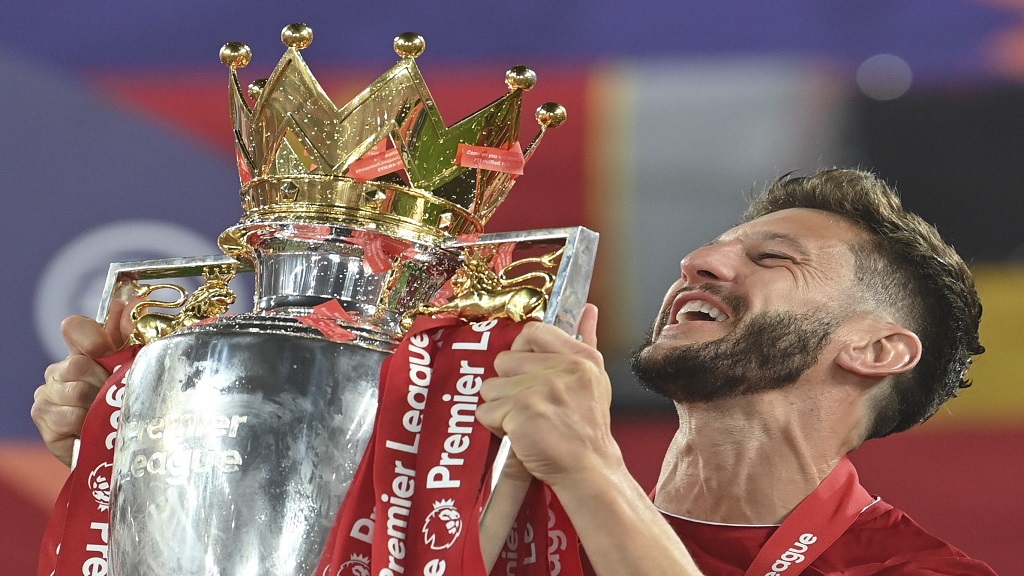 Former England international Lallana has been a fringe man in recent seasons at Anfield and his Reds deal expired as the season ended on Sunday.

The 32-year-old was widely reported to have agreed a switch to Brighton, and the Seagulls confirmed the signing on Monday.

Brighton head coach Graham Potter said: "There is no doubting Adam's quality, and if you look at his footballing CV, his ability is clear for everyone to see.

"He has played at the very highest level, for both club and country, and achieved great things. He has a wealth of experience alongside his technical quality.

"The honours he won during his time at Liverpool and the high regard in which he is held at Anfield only further underline his ability and character.

"Adam is a really exciting signing for us, someone I am sure the supporters will be really looking forward to seeing play as and when things are able to begin to return to normal."

Lallana, who has earned 34 England caps, joined Liverpool from Southampton in 2014 and was a key figure through the early stages of Jurgen Klopp's tenure.

However, the midfielder suffered a thigh injury ahead of the 2017-18 season and continued to be dogged by fitness issues throughout the remainder of his time on Merseyside.

Liverpool have won the Champions League, UEFA Super Cup, Club World Cup and Premier League in the past 14 months, but Lallana has struggled to enjoy a run in the team.

He started just nine league matches across the past three seasons, although a crucial late goal at Old Trafford earned Klopp's side a point against rivals Manchester United last October.

Lallana now joins a Brighton side who finished the season - their third since promotion - in 15th, seven points clear of the bottom three.