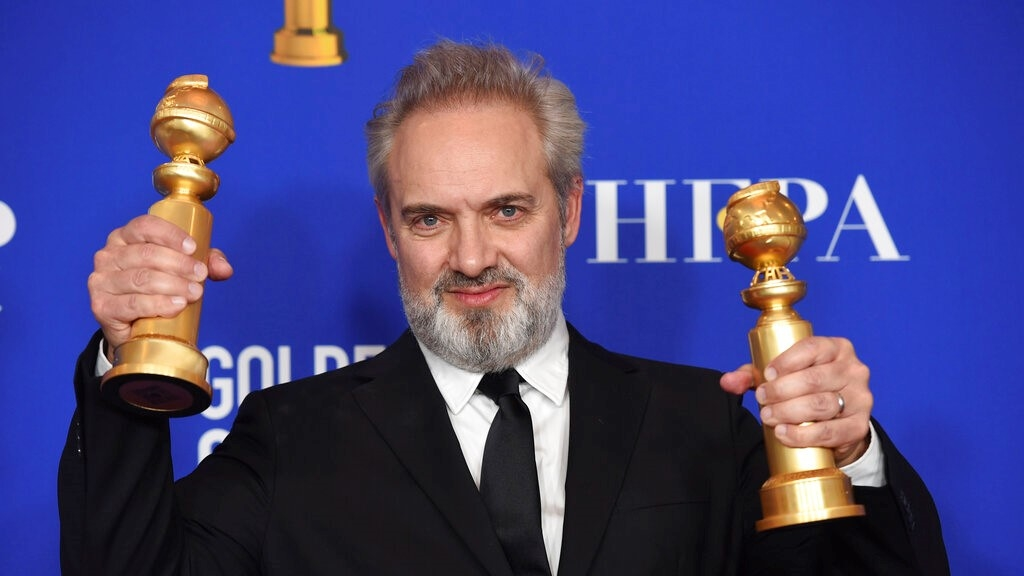 Sam Mendes poses in the press room with the awards for best director, motion picture and best motion picture drama for "1917" at the 77th annual Golden Globe Awards at the Beverly Hilton Hotel on Sunday, Jan. 5, 2020, in Beverly Hills, Calif. (AP Photo/Chris Pizzello)

British filmmaker Sam Mendes has thanked his Trinidadian grandfather for inspiring his film 1917.

In his acceptance speech as winner of the Best Director of a Motion Picture at this weekend's Golden Globes awards, Mendes praised his grandfather Alfred Hubert Mendes.

"He signed up for the First World War, age 17 and I hope he is looking down on us and I fervently hope it never ever happens again," he said.

Born in Trinidad in 1912, Alfred went to England at the age of 15 to attend school but enrolled in the army where he served in the Rifle Brigade.

The movie 1917 is loosely based on Alfred's role as a messenger during the war which is chronicled in his book: The Autobiography of Alfred H. Mendes 1897–1991 published in 2002 by the University of the West Indies Press.

Referencing the book, the site History vs Hollywood said that after serving with the 1st Battalion Rifle Brigade, Alfred was sent to Oisemont, not far from Dieppe, France, where he trained to be a signaller. He was then sent to the Battle of Passchendaele in Belgium.

On October 12, 1917, hundreds of British soldiers, including Alfred, set out to reclaim the village of Poelcappelle, which had been overtaken by the Germans. The British soldiers suffered heavy losses with 158 of the 484 men in Alfred's battalion killed, wounded, or unaccounted for.

Alfred volunteered to be a runner to locate the positions of the survivors so they could be rescued and for his efforts, he received the Military Medal of Bravery.

Following his service, Alfred returned to Trinidad and established himself as a writer. He produced a literary magazine called Trinidad with CLR James and contributed to The Beacon journal in Trinidad among other publications in the US and Europe.

In 1940, according to Wikipedia, Alfred abandoned writing and became the General Manager of the Port Services Department.

He was also one of the founding members of the United Front, a party with socialist leanings that participated in the 1946 general elections.

Billy Ocean, Rudolph Walker among Trinis honoured by the Queen