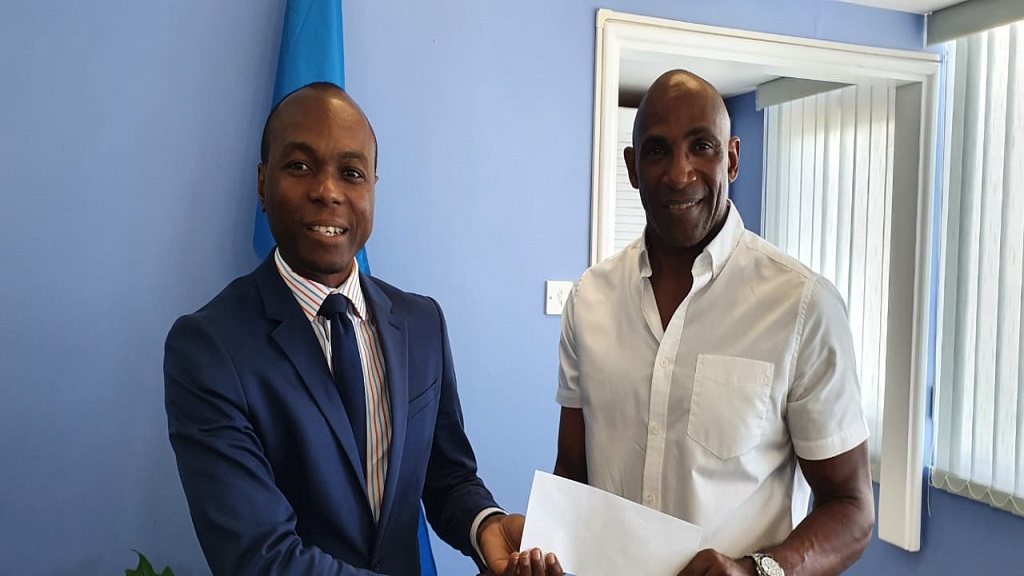 A Canadian company expected to erect a major development in the north of the island is giving back to the community.

The donation is expected to go towards the less fortunate, who are unable to get supplies for school children.

Friday’s donation was made in the form of a cheque presentation by the company through the Ministry of Tourism.

“We understand the importance of education and this is one of the reasons that we are here today,” Financial Controller, Michael Mathius said.

The Canadian company is expected to build a golf course and a luxurious resort at Cap Estate by 2022.

According to Mathius, giving back is nothing new to the company. “Over the last year we have made a number of contributions to Saint Lucia quietly,” Mathius said.

He continued saying: "We recently made a donation to the Boys Training Centre as far as kitchen equipment is concerned and along with sporting equipment.

During the early stages of COVID we also made a donation to Saint Lucia because we know of the hardship not only Saint Lucia but the entire world is experiencing and we are hoping with this cheque, hopefully it will go towards individuals who are most in need… And we know that we have quite a bit of work to do in Saint Lucia, as far as making donations and supporting the community this is one of the ethos of Cabot.”

Tourism Minister Dominic Fedee was on hand to receive the donation and expressed delightment in Cabot supporting education and giving back to the community.

“As we know education expenses are very expensive to many families who find it difficult, we have a lot of unemployment in our communities at present due to COVID and that has made it more difficult for several family members so this comes in a timely manner when there are still parents and students who are still trying to complete their education supplies and needs,” Minister Fedee said, while identifying the community of Anse La Raye as an example.

“Despite efforts by the government to give as many bursaries as possible, this really has proven to be insufficient. We have done other things like doubling the amount of money spent on the school feeding programme as well as doubling the school transportation subsidies to give children more enablement via access and also nourishment to be able to attend to their needs as they seek to pursue their academic aspirations,” Fedee said.

Today’s donation by Cabot, Fedee says, is really the power of tourism, investment and business in the community.