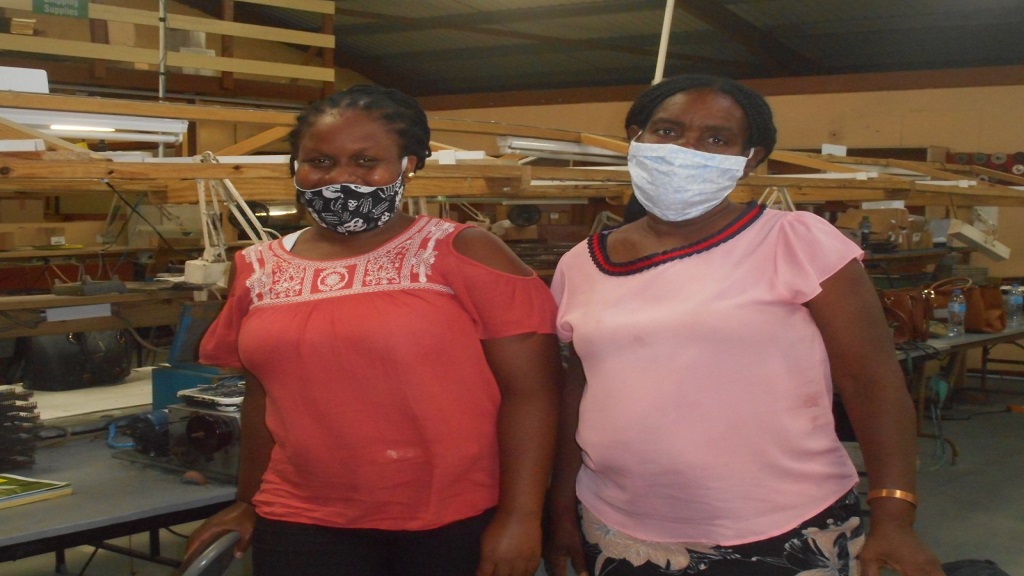 Linda Firman (right) and a co-worker

Workers of Caribbean Manufacturers Ltd (CARIMAN) have continued their protest action over a delay in their severance pay.

The workers began the action two weeks ago and intend to continue doing so until they are paid their severance.

In interviews with several of the workers yesterday, June 12, 2020, they expressed dissatisfaction over the delay in their payments.

“The situation is bad. No money no work,” Linda Firman, who has worked for CARIMAN for 26 years, told Loop News.

She added: “They want to put their feet on our necks the same way the white police officer in America put his knees on the black man’s neck.”

Firman said she wants all the money that is owed to her and not half or a quarter.

“I hope they don’t make any mistake in the calculation of my severance pay,” Firman said.

Gabriella Sealys, another worker, said: “Everybody is displeased. We are patiently awaiting our severance pay.”

General manager of CARIMAN Paul Williams has confirmed that the workers have still not begun working although they are always on the plant.

Williams previously said that there is a transaction for the sale of the company that will take due process and is nearing completion.

“What has made the situation alarming is that COVID-19 came and it slowed down the process and from that time people got restless and anxious,” Williams told Loop News.

He added: “What seems to be the problem is that it has not been done fast enough and openly. There seems to be missing a degree of transparency.”

In an interview with Solace Myers, president-general of the National Workers Union (NWU), who held a meeting with the workers of CARIMAN yesterday, she said the union has been in discussion with the legal representatives of the company as it relates its status.

“We also addressed the workers letting them know it appears now we seem to be getting a little more traction in terms of various list being submitted as it relates to the status of the company and possible severance payout."

However, according to her, the workers have every reason to be concerned about the situation.

CARIMAN, which is located at the Freezone Industrial Estate in Vieux-Fort, has been operating in St Lucia for several decades, producing electrical resistors for the foreign market.

It is in the process of being sold to Gowanda, a US-based company.

South depending on development to bounce back from COVID