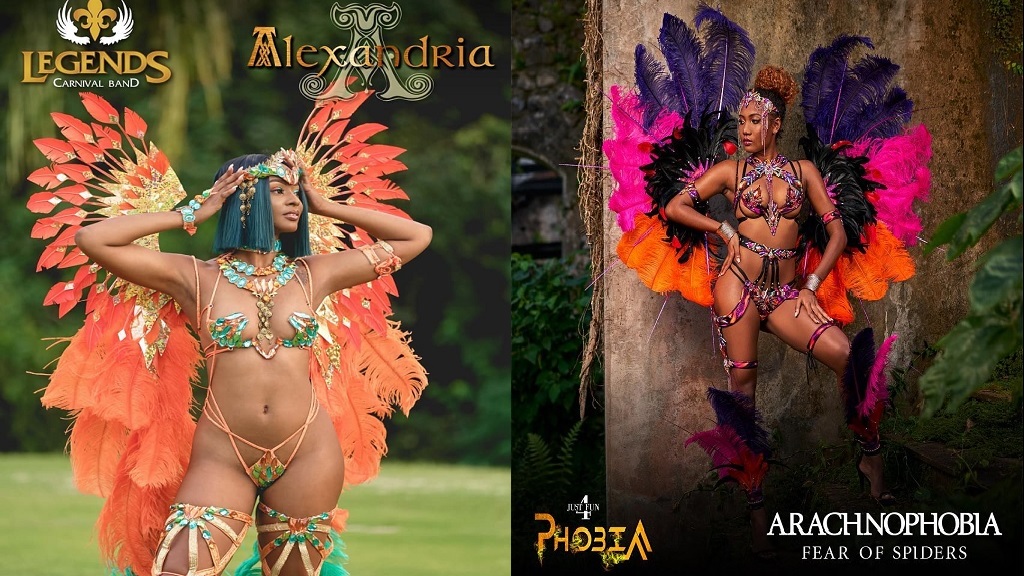 I have always been in love with St Lucia Carnival.

The vibes, the music, the fetes and especially the costumes.

There is something about the mixture of vibrant colors that makes you feel alive and free. Year after year Carnival bands go the extra mile to surpass their reveler experience.

Their costume creativity exceeds expectations at every single band launch. Although there has been quite a bit of controversy about how revealing the costumes have become over the years, with some calling it nudity or indecent exposure, I adore seeing the women express themselves through their costumes.

2019 was an epic year. The costumes were flamboyant, sparkly, and sexy. Since we won't be having Carnival this year, let us look back with my top five costumes for St Lucia Carnival 2019. 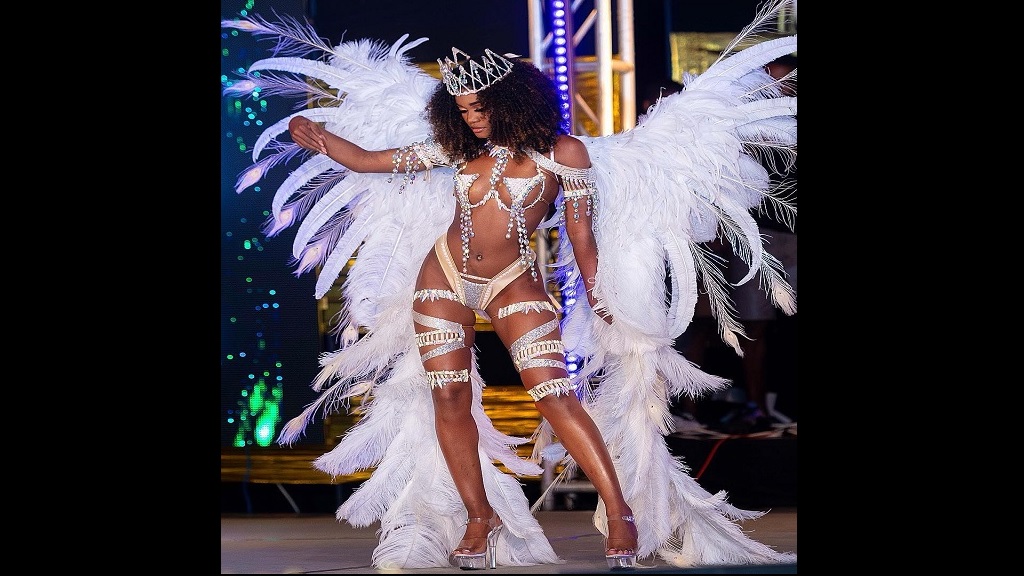 Xuvo took the cake for Carnival 2019! Being a new band on the Carnival scene, they raised the bar in costume design and creativity.

My favorite section was  “Majesty”. It was true royalty.

The costumes were sophisticated and sexy. They were designed with silver beads and gems which were sturdy on the body complete with a large, white-feathered backpack that flowed lusciously to the ground and of course a crown to top it all off.

Quite majestic if you ask me. The male costumes were just as stunning. They complemented the females with white pants, silver and white accessories with a huge, white-feathered headpiece which spun down their backs.

Overall, I was really impressed with all their costumes. They were made with precision; they were bold and magnificent. 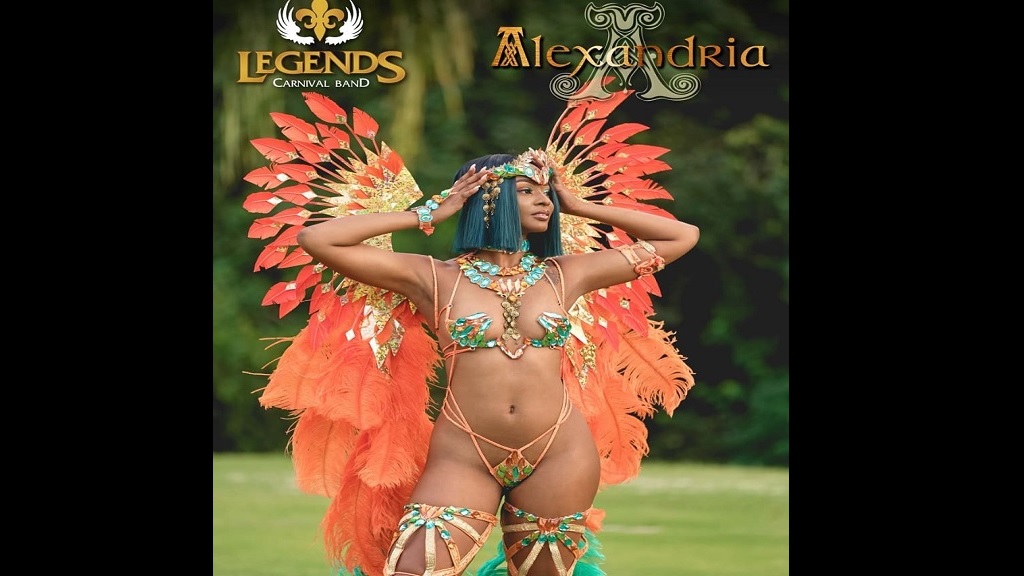 I must admit Legends had never really been on my radar until last year when I caught sight of their costumes. Their theme and costumes were quite intriguing.

“Alexandria” was ‘bae’ for me. She was a fierce, tempting goddess with bright orange feathers and stringy, provocative wear which was adorned with green and orange gems.

That costume was gorgeous! Everything about it reminded me of ancient times but in a modern way. The headpiece was fit for a queen.

I was also excited at the fact that they put so much effort into their male costumes. The costumes were well thought out and attractive. I will be keeping my eyes on this band come 2021! 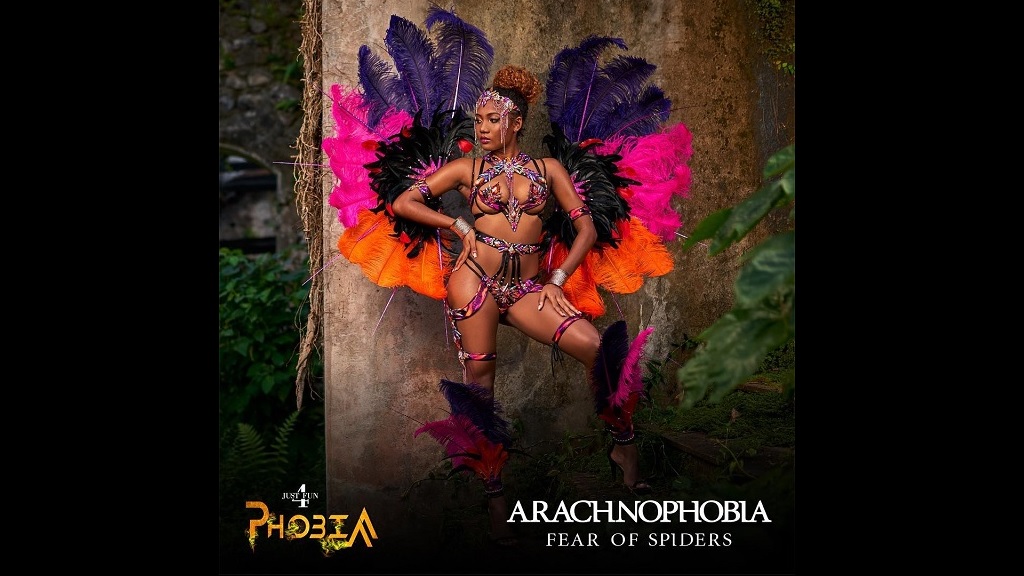 Just 4 Fun is a band that has been consistent with producing exceptional costumes over the years.

Of all the phobias they portrayed, I fell in love with “Arachnophobia”. This section caught my attention because of the colors and design. I loved the combination of purple, pink, orange and black. It gave that somewhat seductive vibe.

The short backpack which accompanied the costume was beautiful and paired nicely with the rest of the costume which consisted of several gems with the same color accents.

The male costumes were simple. I wish they had put more effort into the design.

Just 4 Fun pretty much made phobias less scary and more fun and exciting. Their innovation is definitely something to look forward to for 2021! 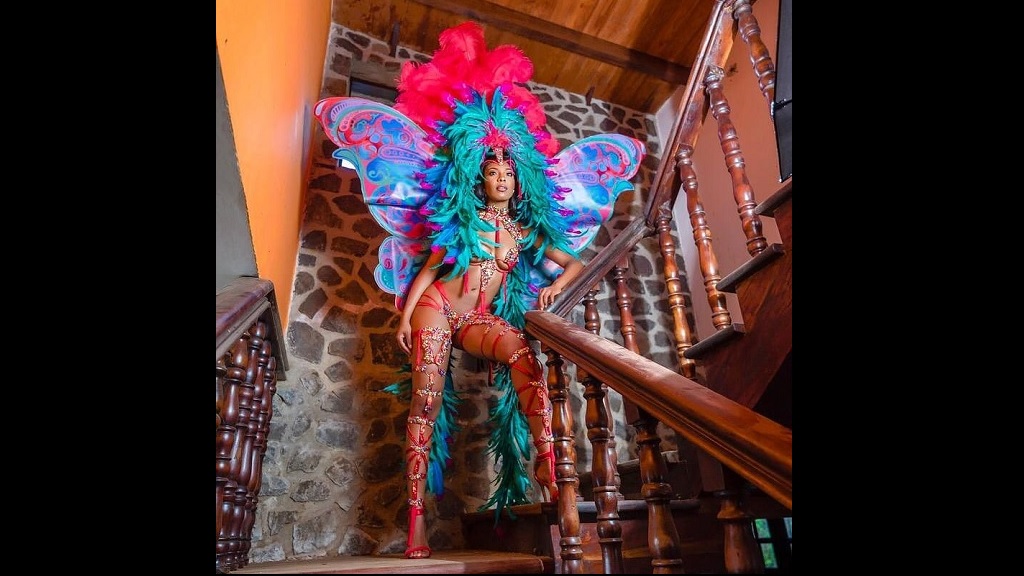 Whoever came up with this theme and costume design is a genius.  “Janus” was one of the best, most well-executed costumes I had seen.

The combination of the green, blue and pink feathers flowing from the top of the headpiece and the butterfly wing backpack was so extravagant. It truly represented a butterfly.

I appreciated the fact that the costume design traversed to the legs and the gems just made everything pop.

My only disappointment was the scarcity and simplicity of the male costumes. However, Fuzion is one band to look out for next year! 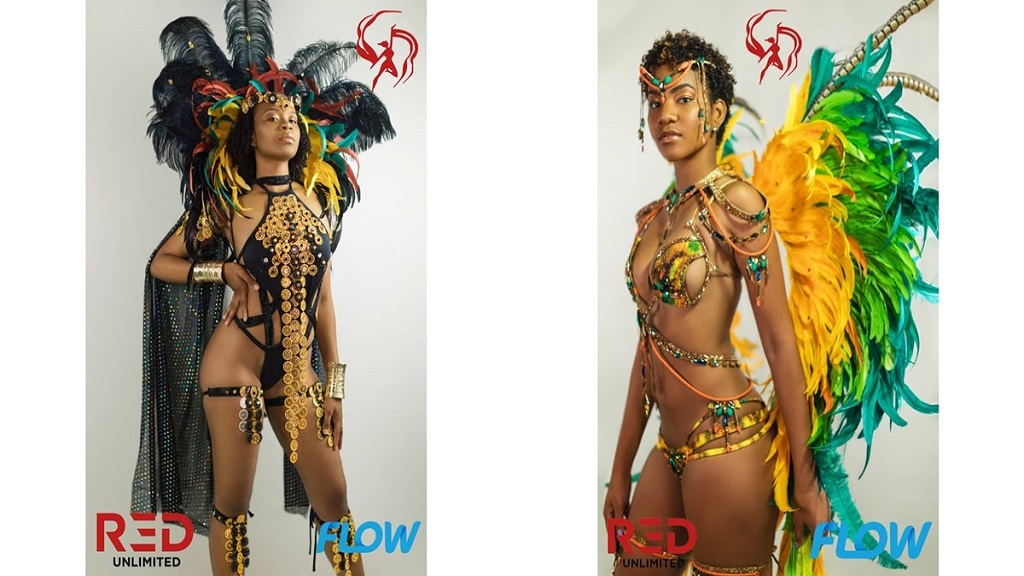 Being one of the most popular bands discussed among my peers, I was really anticipating their costume reveal. They were on point with the costumes.

“Cyrus and Cassandane” attracted my attention. This section was alluring. The attention to detail on these costumes was spectacular.

“Cassandane” was particularly amazing. The placements of the gems and vibrant design was unique. “Cyrus” on the other hand was a bit toned down in color but bursting with splendor.

These were my favorite costumes for St. Lucia Carnival 2019. I have already spied some interesting outlines for next year which I cannot wait to share.

Feel free to post a photo of yourself in your costume or tell us which costume stole your heart in 2019.

Missing Carnival: R3d Carnival Band reflects on what would have been

Missing Carnival 2020: That is my annual therapy - Augier

Memories of St Lucia Carnival 2019: Take us back to that time!