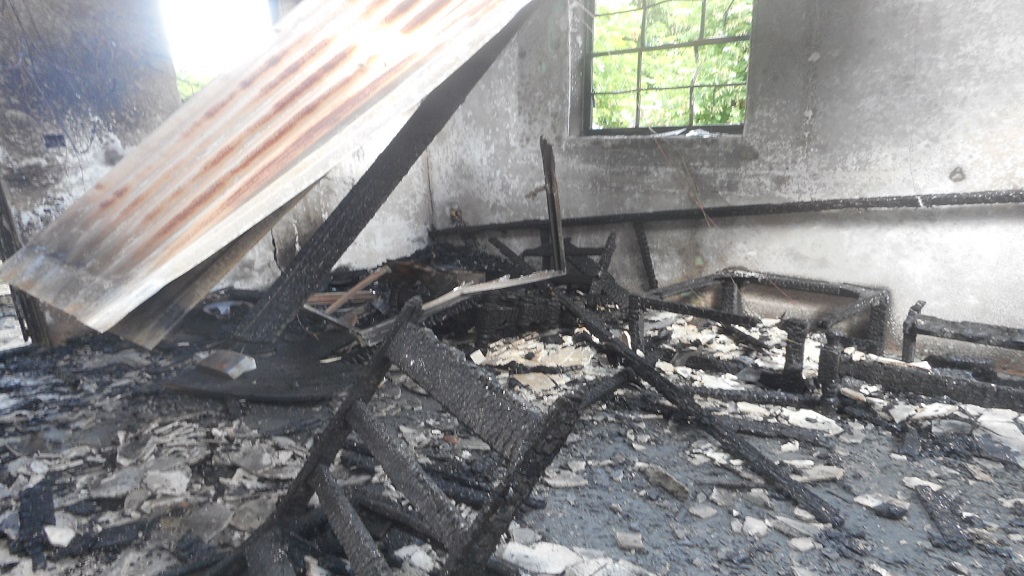 The Cedar Heights dwelling reduced to rubble by a fire.

An early morning blaze at Cedar Heights, Vieux-Fort has reduced a three-bedroom dwelling house to rubble.

The occupants of the house were only able to save a fridge, a stove and the clothes they were wearing at the time of the blaze.

In an interview with Loop News, Donavan Clifford, one of the five occupants of the house, said the alarm was raised by his sister. 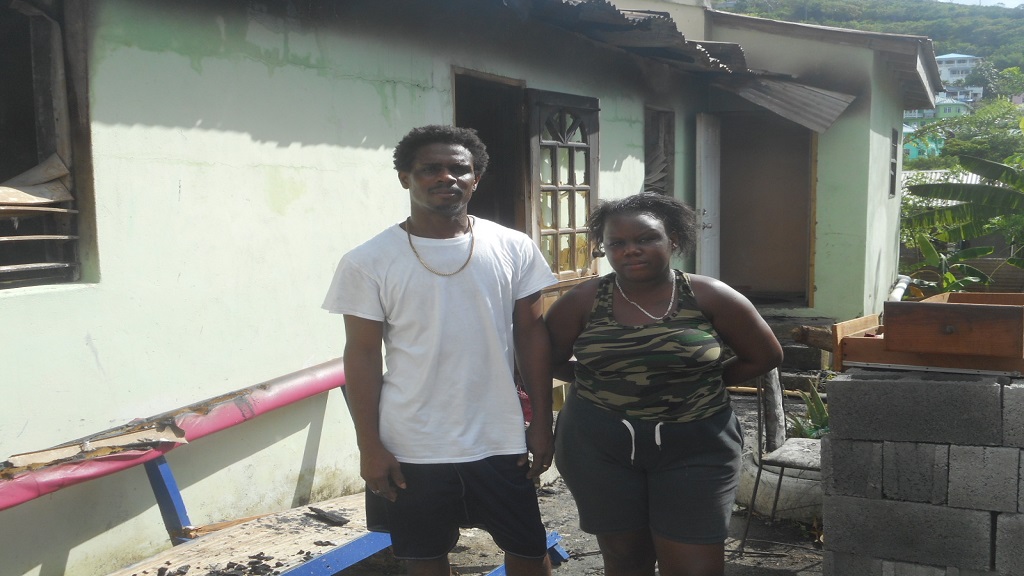 “I was watching television when I realized the television went off. I did not take it for anything because I thought it was just a power outage. But I then heard a cracking sound and then I heard my sister screaming, so I opened my bedroom and saw flames in the house,” Clifford recalled.

He said that at one point he could not see anything in the house because it was engulfed with smoke. Clifford said he managed to get out of the house and immediately checked on his family who were all safe.

Clifford said he wanted to go back in the house to try to save a few more items but was advised against this by his sister.

“I panicked because I never experienced a fire. I have only seen it in the news,” he said.

Clifford said before the fire officers had arrived, a neighbour assisted him in trying to extinguish the fire with buckets but to no avail.

The cause of the fire is unknown, but Clifford suspects it was caused by a fan in one of the bedrooms.

The grieving family is now appealing to the public for assistance. Persons willing to assist are asked to call any of the following numbers: 724-0031 or 716-7228.