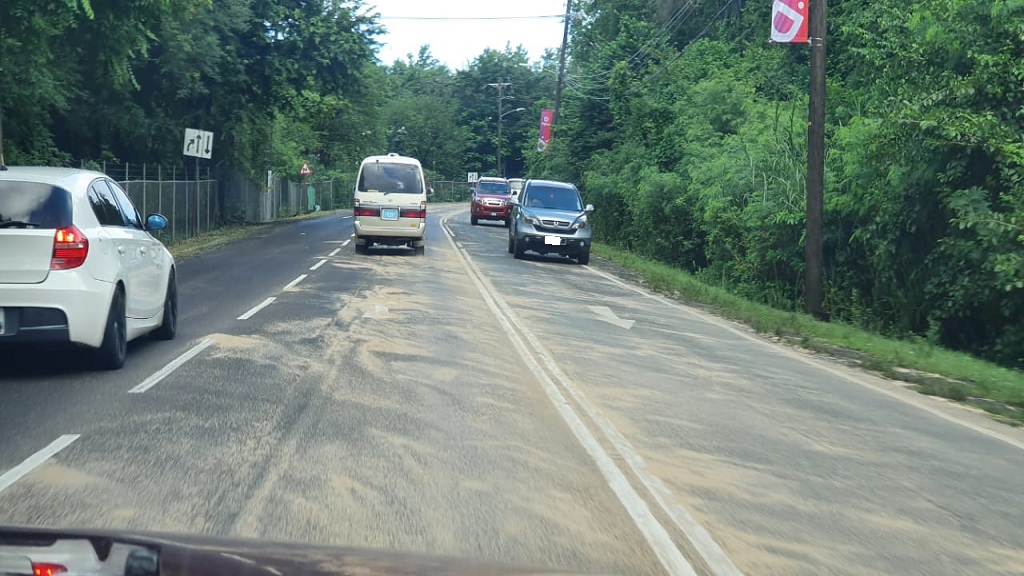 An oil spill Wednesday night along the Choc Highway resulted in a road closure and major traffic delays for early commuters along the Choc, Union and Grand Riviere Highways.

“Due to multiple vehicular collisions along the Castries, Gros Islet Highway last evening, which resulted in oil spills along the roadway, we wish to inform the motoring public that access from the Choc Roundabout to Corinth gap is restricted until further notice,” The Royal Saint Lucia Police Force (RSLPF) said in a statement Thursday morning.

The RSPLF announced later that the highway is now open for motorists. The road closure allowed for cleaning efforts by the Saint Lucia Fire Service and other partner agencies.

The Gros Islet Fire Station immediately made a response with one fire appliance and two utility vehicles.

The responding officers found that the spill was in the southbound lane, from the top of the hill extending down to the Choc Roundabout.

In the interest of safety, officers from the Gros Islet Police Station halted all vehicular traffic to the area.

Due to the size of the spill, it was necessary and more efficient to use sand to contain it.

Therefore, the two utility vehicles were employed to transport the sand to the scene.

The road remained closed throughout the night and due to heavy overnight showers, the oil soaked sand was washed away from the road.

During a follow-up inspection of the area at 7:30 am on November 19, officers deemed the road safe for use by vehicular traffic.’

No one was reported injured as it relates to this incident.

An oil spill on the road, especially in wet conditions poses a very big risk to motorists, especially motorcyclists and cyclists.

“If you notice, an oil spill please report it to the Fire Service and do not drive through it. If you realize that your vehicle is leaking oil, please do the responsible and considerate thing, by pulling over and having your vehicle towed to ensure the safety of other road users,” Joseph said.