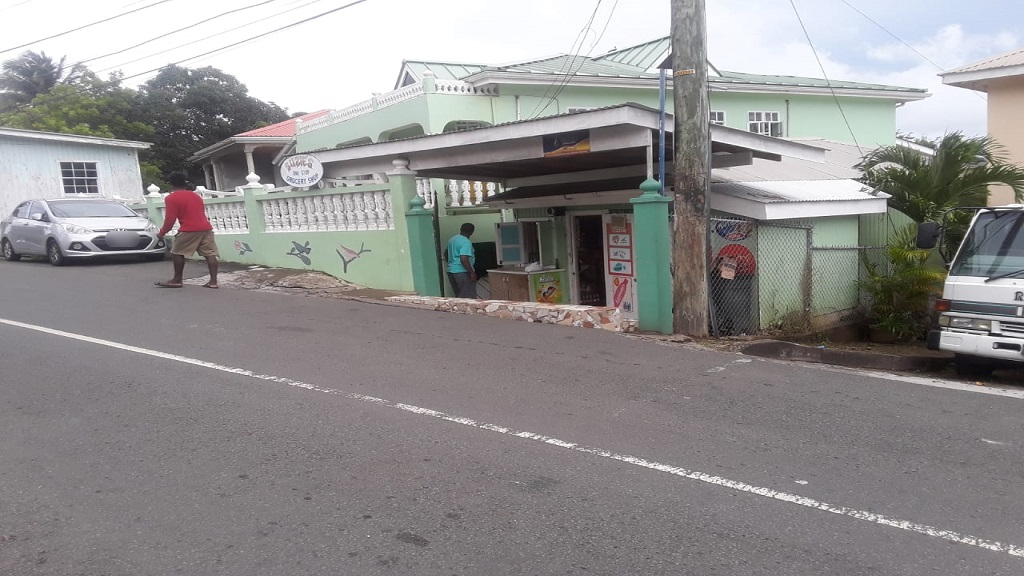 The minimart in Ciceron that was robbed on Tuesday.

Ciceron resident and businesswoman, Susanna Hippolyte-Anatole is in shock and traumatised after gunmen robbed her establishment on Tuesday, October 27.

The incident occurred around 3:30 pm, which also came as a surprise.

Hippolyte-Anatole, who has been operating a small community minimart for over four decades, says she was asleep at her home located near the shop when her son informed her that two men robbed the shop at gunpoint.

“When I came down my son and the girl that works there said they just see the two fellas come in the shop and they said they did not come to kill anybody, they just come to rob and take the money,” the shop owner told Loop News.

The incident, which was caught on camera, was over within a few minutes.

“When I look at the cameras I see they pushed my son, they looked over the counter where I have my money. I don’t know how they know I have the money there…When they finish take the money, they just walked out,” the irate woman said.

According to her, the bandits escaped with over one thousand dollars, some of which belonged to a third party she sold bread and other items for at the shop.

The business owner said this is the first time in over forty years this has happened to her.

“I used to sell for my mother and then I started my business on my own. That never-never-never happened… first time that happen to me,” she declared.

In addition to the cash, the gunmen took her son’s cellphone.

The incident has left the victims and residents a bit traumatised.

“A lot of the people, they are scared, they don’t even want to come because knowing people come with guns that making them afraid. I always have people coming in the shop there and at that time there nobody was there.

“Hard-working people like me that want to achieve something, I don’t know why someone would do that,” she said.

The matter has been reported to the Royal Saint Lucia Police Force who is investigating.

The businesswoman believes the perpetrators may have been individuals who reside outside of the community.

Bannanes Bay fisherman tied up and robbed at gunpoint