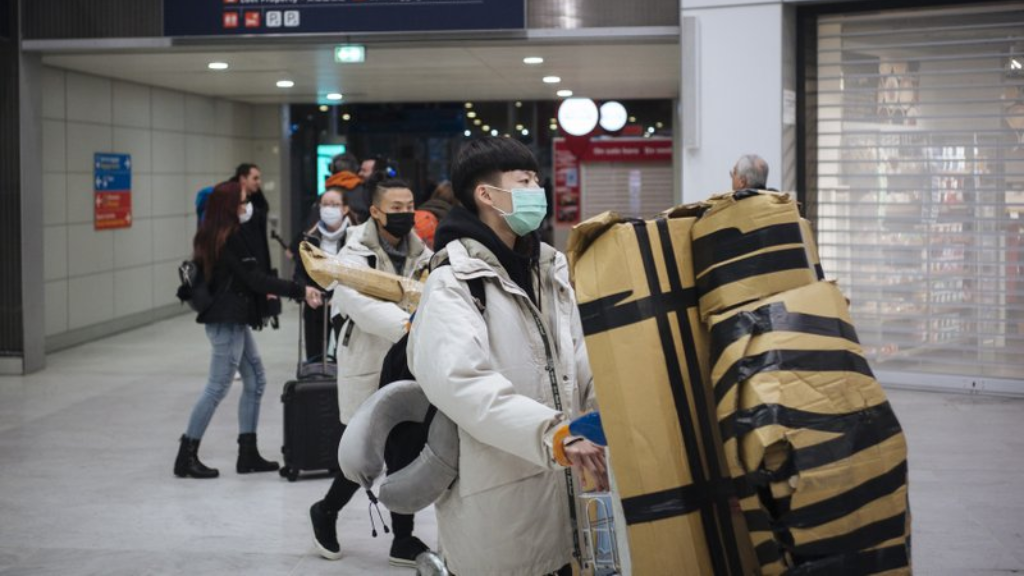 Countries with citizens in the central Chinese city that's the epicenter of a viral outbreak are planning evacuations as the number of illnesses grow and China takes drastic measures to try to stop the spread of the virus.

A look at steps being taken:

— CHINA: The government cut transportation links to and from the city of Wuhan on January 22 and has since expanded those controls to several nearby cities. Anyone traveling from Wuhan is required to register and quarantine themselves for 14 days — the virus' maximum incubation period. Hong Kong barred entry to travelers from Hubei province and told Hong Kong residents returning from the area to quarantine themselves at home.

— JAPAN: Chief government spokesman Yoshihide Suga said 560 Japanese citizens are confirmed in Hubei and chartered evacuation flights are being prepared to leave " as soon as possible. " The Japanese Embassy in Beijing said the initial evacuation is limited to those in Wuhan.  Evacuees are expected to include employees of Honda Motor Co., Tokyo Electron, Aeon Co. and other Japanese companies operating in Wuhan. Prime Minister Shinzo Abe said his Cabinet will designate the new coronavirus as an infectious disease subject to forced hospitalization and isolation. Such preventative measures appear to be preparation for the evacuation.

— UNITED STATES: The US Consulate in Wuhan plans a charter flight Tuesday to evacuate its personnel and some other Americans. The US Embassy in Beijing said the limited capacity on the flight to San Francisco meant priority will be given to to individuals "at greater risk from coronavirus."

— FRANCE: Health Minister Agnes Buzyn said French citizens who want to leave Wuhan will be taken on a direct flight to France in the middle of the week, and then held in quarantine for 14 days. French automaker PSA, which produces Peugeot and Citroen cars, said it was evacuating its expatriate employees and their families from Wuhan and quarantining them in another city. It didn't elaborate.

— AUSTRALIA: Foreign Minister Marise Payne said her government is "exploring all opportunities" to help with evacuation of a number of Australians reportedly in Wuhan. She did not elaborate. Australia does not have consular presence in Wuhan.

— GERMANY: German Foreign Minister Heiko Maas said that his country is considering evacuating its citizens from Wuhan, with a government crisis response committee meeting soon with medical experts to evaluate the situation. He said the number of German citizens in Wuhan is in the double digits. The foreign ministry currently advises Germans to refrain from or postpone "non-essential travel" to China.