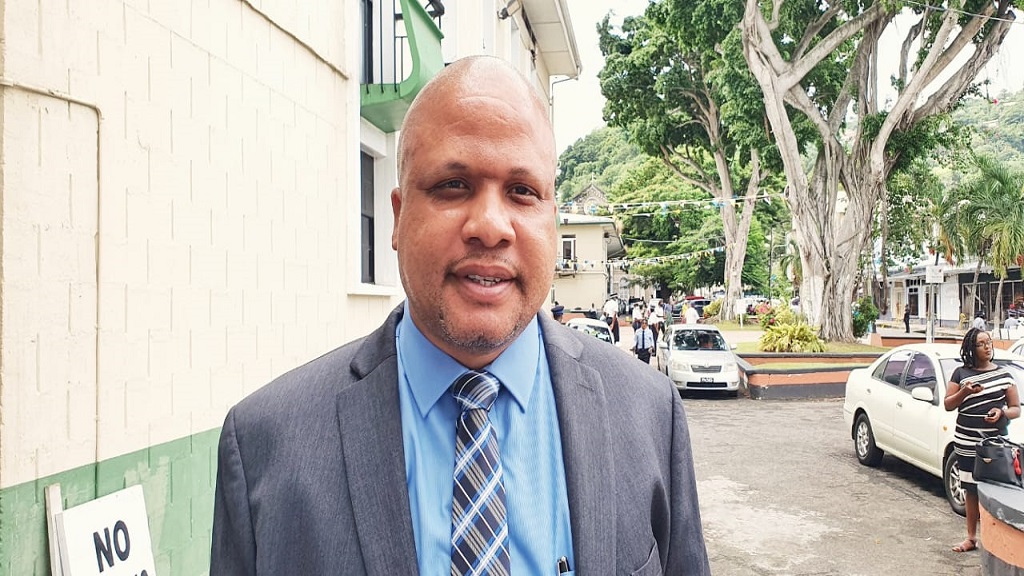 Minister for Physical Planning and Parliamentary Representative for Soufriere Herod Stanislas says the Development Control Authority (DCA) can put a stop to the development currently underway at the base of Gros Piton.

"That is a decision for the DCA," Stanislas told reporters Tuesday.

On Friday, September 25, 2020, DCA Chairman Clem Bobb confirmed approving the developer's second application after he reportedly agreed to scale down the project.

Bobb stated that the unilateral approval of the structure at the foot of Gros Piton has to be ratified by the Board of the DCA. However, in the interim, the controversial construction continues.

"If they are going contrary to the guidelines that the DCA gave, then the DCA is in a position to put a stop or a hold on the construction because whenever the DCA gives approval for development, it gives you a set of conditions and guidelines which you have to follow and it is monitored by the building officers and technocrats, and if the developer is not following those guidelines they have the powers to stop it," Stanislas said.

There have been widespread public concerns that the development will affect the Pitons World Heritage Status.

Stanislas declared, "I am not concerned because going through the process that the DCA used to authorize the development, I think they followed the guidelines of the 2013 LAC study and the building is in the exact footprint of the existing estate house which was in the area so I don't think there are any chances of us losing our Heritage Status."

The current development falls within 76.6 acres of land located within the Pitons Management Area (PMA) in an area known as Anse L’Ivrogne.

The property was acquired by a Canadian developer from the Mondesir family in Soufriere for the purposes of constructing a large multi-family villa and other amenities to be used as vacation unit and luxury rental units.