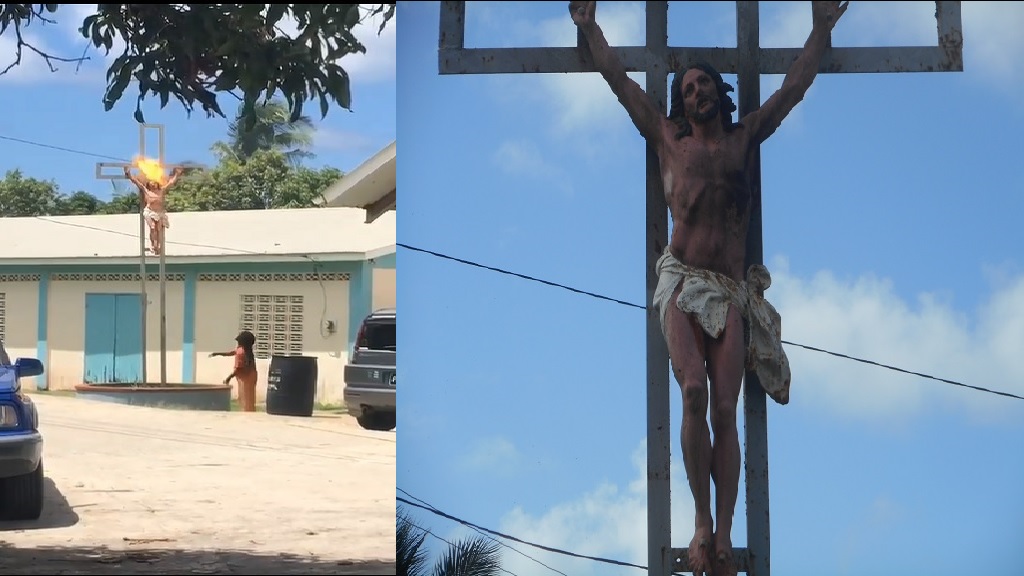 The congregation of the Pierrot Catholic Church in Vieux-Fort was panicked after witnessing a young man attempting to set the crucifix in the churchyard ablaze yesterday.

The man was seen throwing homemade incendiary devices at the statute, which caught on fire, but soon died out.

Upon witnessing the incident, some of the congregants scampered out of the church as the man, who is well known in the community, entered the church from the back door with two bottles and a stick in his hand.

According to some young men, the attacker was lucky to have committed the act in their absence. They told Loop News that had they seen him carrying out the act, they would have given him a sound beating.

Deacon of the church, Harris Wilfred, said he realised the man had attempted to burn the crucifix only after he entered the church.

“After the noise outside, I realised people running outside,” he told Loop News in an interview.

He added: “The guy came inside the church where I was standing saying 'fire burn, fire burn'… What I had to do was to hold a cross in front of me and tell him, 'Look, go back, go back'." 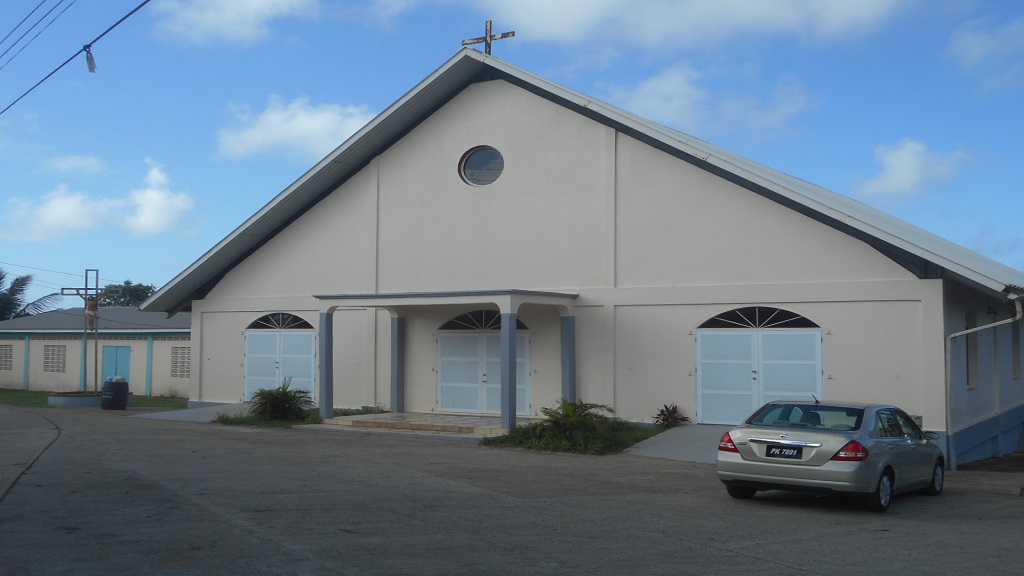 According to Wilfred, two members of the church then came and took the man outside. He did not resist.

Wilfred explained that he used the cross because he had to defend his priest and that he became afraid after he saw the man entering the church.

Other members of the congregation who spoke with Loop News said the incident has left them very concerned.

The man is currently in police custody.

Off the Hook seafood bar and grill destroyed by fire