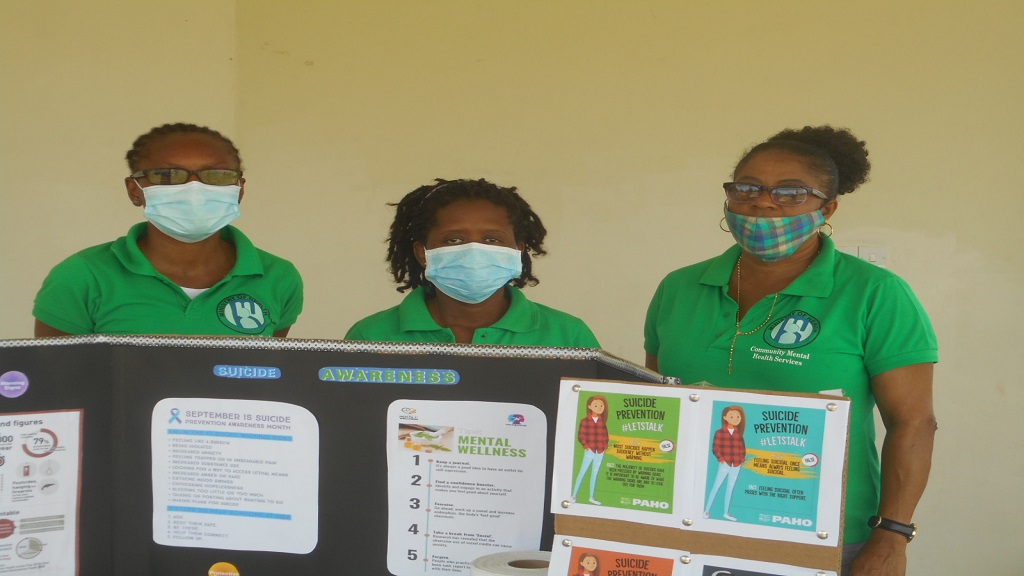 The Ministry of Health and Wellness last week identified persons in Soufriere with mild to moderate depression.

That’s according to Jana Felix Edward, a community mental health nurse, who was part of a team which carried out a screening exercise in Soufriere last Thursday, September 10, as part of the ministry’s observation of Suicide Awareness and Prevention Day.

They also carried out a similar exercise in Vieux-Fort the following day, but did not identify anyone with any signs of depression.

Commenting on the screening in Soufriere, Edward told Loop News: “In Soufriere, we did discover people with mild to moderate depression. We were able to refer them… so they can have the necessary help.”

The most recent suicide in Soufriere occurred in November 2019.

The most recent suicide in Vieux-Fort was recorded last month.

Edward said generally, the screening was done to the general public and not targeted to people with mental health issues, who feel they are suffering with anxiety, depression or have changes in their mood.

According to her, depending on the result of the screening, they refer persons to the appropriate wellness centre, where they will speak to members of the health team.

“With the screening, we could determine whether persons have mild, moderate or severe symptoms,” Edward said.

St Lucians urged to do more in suicide prevention

WHO: Suicide is the second leading cause of death among youth

'We need to invest in mental health in St Lucia' — psychiatrist