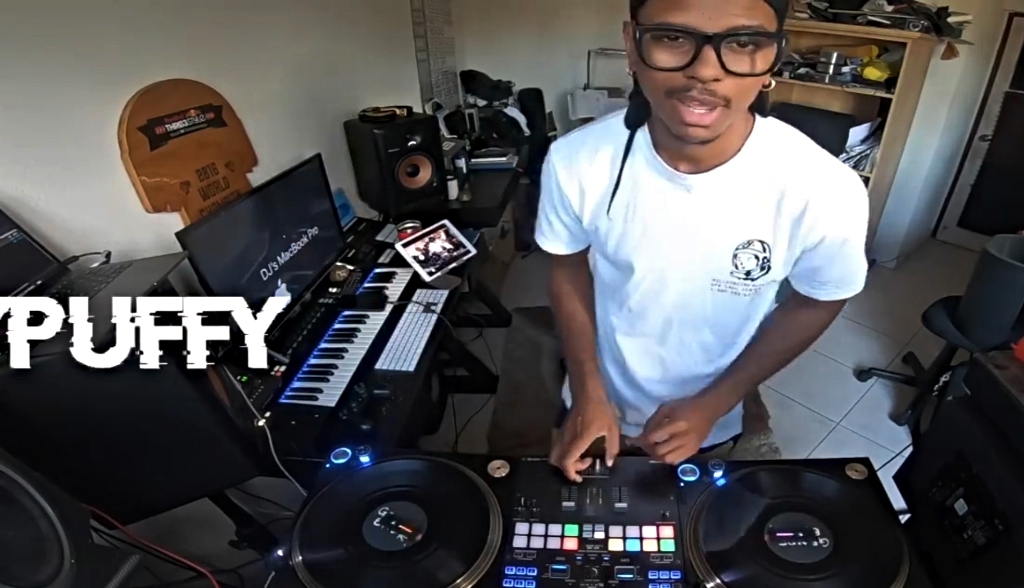 Deejay Puffy during his set in Shaq's #DontRushChallenge

A Barbadian disc jockey is one of Shaq's favourite DJs in the world.

You read that right!

Barbados' Andre Parris, stage name DJ Puffy, is amongst Shaq's number one picks of disc jockeys from around the globe.

Posting a #DontRushChallenge video with his favs, the former NBA star Dr Shaquille O'Neal selected nine other deejays along with Puffy, including DJ Jazzy Jeff who was on the judging panel when Puffy won the Red Bull 3Style World DJ Competition back in December 2016 in Chile.

Playing in position number three out of the 10 disc jocks, Puffy was 'back in the most amazing way' and he 'got right to it'.

Shaq posted the video with the caption:

Puffy replied: "Was so dope to be a part of this!"

And in case you were wondering how Shaq got to be a doctor, well in 2012, he received his Doctoral degree in Education from Barry University and he wears the title proudly.