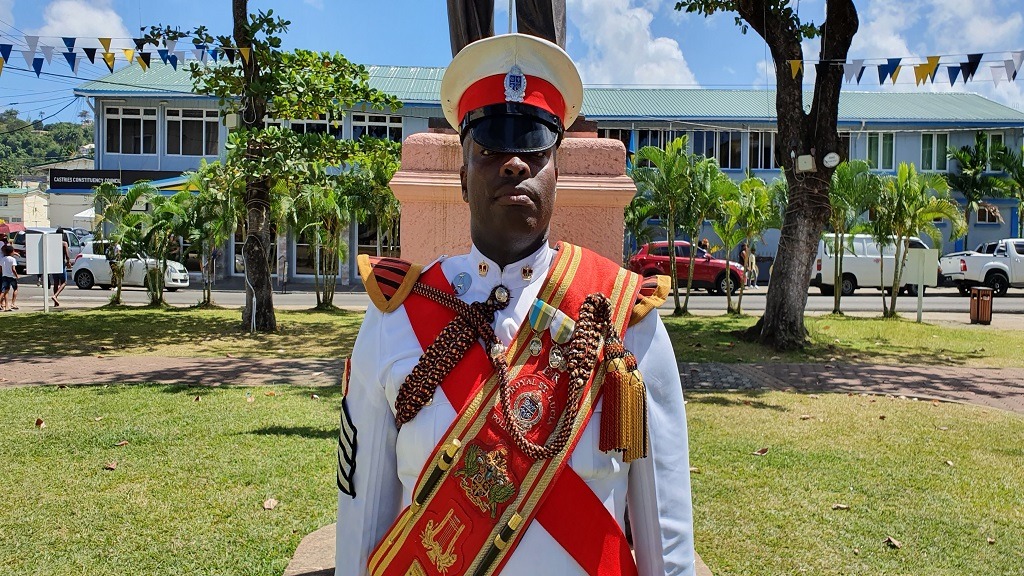 One of the most anticipated events annually for Saint Lucia’s Independence is the military parade put on by the Royal Saint Lucia Police Force (RSLPF).

Over the years, the band has evolved into one of the most entertaining aspects of the annual parade; at its helm is Police Constable Gideon Desir, Drum Major of the Royal St Lucia Police Band in charge of leading the parade showing off his dance moves from the Sab Playing Field throughout the city of Castries.

St Lucia recently celebrated its 41st year of Independence with the highlight being the annual military parade.

The bandleader is seen throwing his hands in the air while swinging his hips to the delight of the many Saint Lucians who came from all over to witness the entertainment.

Loop News caught up with officer Desir to give us an insight of life in the Police band.

"It's something that we ensure we do for the people of the country. Independence is all about the people of the country, it is not just about the military organizations. So we want to incorporate things that will benefit the people in such a way that we could have them to enjoy and even be patriotic when it comes to our country because over the years we have seen huge crowds which is a very good thing and we are very happy that through our music and our displays that the people are now getting this one on one with the police and it’s not just something that you know only when you're in trouble that you know them but also to have a good time that's when you know the police and the state can mingle together."

Desir stated that as a member of the Police Band he is easily identified when he walks the streets in and out of uniform.

"Again, it not something for my personal fame but I believe it is something that will earmark our country. So even though you see me and even though you go to Vieux-Fort and see somebody else doing something, you see us and that’s just how it is."

He proudly highlighted that the band has been getting many good reviews from all angles. He also recalled the band putting up a good display in Barbados last year and as a result, St Lucians demanded a repeat of that performance.

In closing he wished every St Lucian a happy 41st Independence Anniversary and encouraged St Lucians to continue to strive together as a people and continue to serve each other and enjoy our independent state and to be a free people as independence is about freedom.