The entire island of Bermuda inside Hurricane Paulette's eye 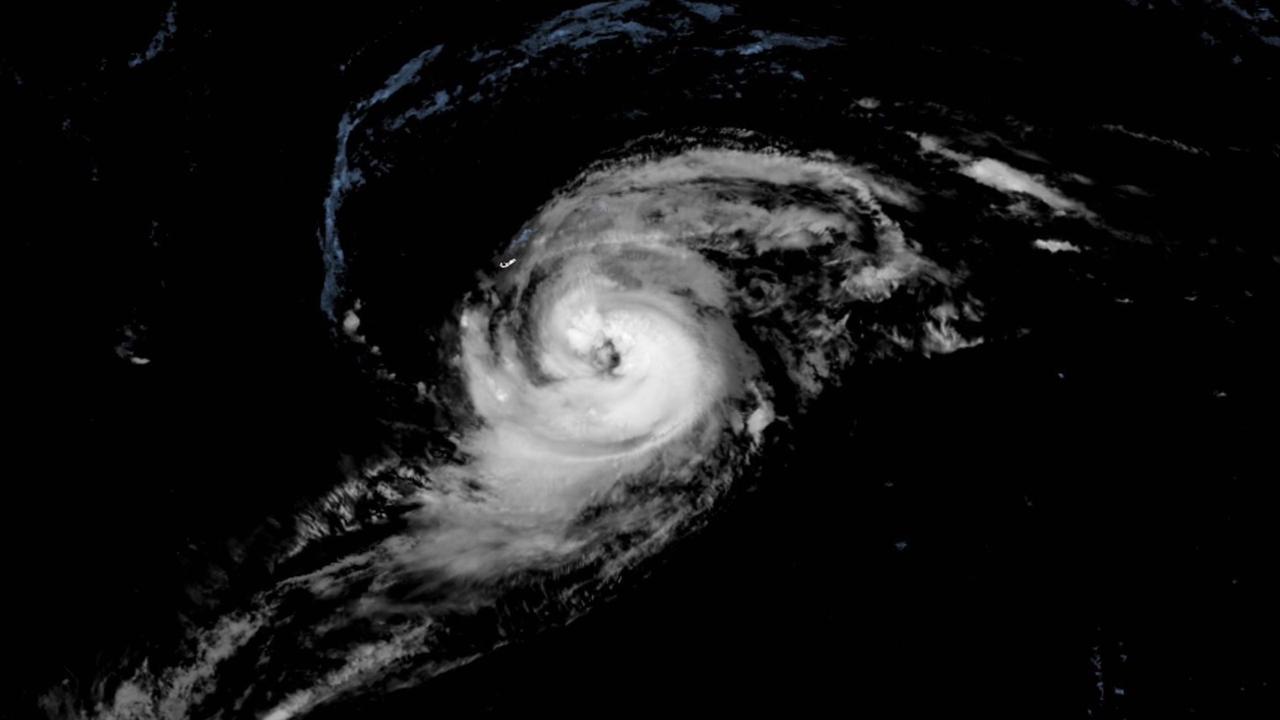 A hurricane warning remains in effect for Bermuda as Paulette continues her approach.

The National Hurricane Centre said at 5am the eye of Hurricane Paulette was located over northeastern Bermuda and was moving north-northwest at approximately 12 miles per hour.

This motion is expected to continue throughout the morning period.

The NHC said a turn toward the north is expected by late morning and continue into Monday afternoon.

A faster motion is expected by evening and will continue through Wednesday.

On the forecast track, the eye of Paulette will continue to pass over Bermuda during the next couple of hours,  followed by the passage of the southern portion of the eyewall.

Maximum sustained winds have increased to near 90 mph (150 km/h)  with higher gusts.  Additional strengthening is likely when Paulette turns northeastward and moves away from Bermuda tonight through  Tuesday.

Although winds have subsided across much of Bermuda due to Paulette's eye passage, hurricane-force winds will return shortly when the southern portion of Paulette's eyewall passes over the island.

Tropical-storm-force winds will continue possibly into the early afternoon across the entire island.

The estimated minimum central pressure based on surface observations on Bermuda is 973 MB (28.74 inches).

Although most of Bermuda is currently inside Paulette's eye where much weaker winds exist, hurricane conditions will return to Bermuda from the south and southwest when the southern eyewall passes over the island in a couple of hours.

Hurricane conditions should subside around mid-morning, but tropical storm conditions will persist into late-morning and possibly early afternoon.

A dangerous storm surge is expected to produce significant coastal flooding on Bermuda in areas of onshore winds.

Near the coast, the surge will be accompanied by large and destructive waves into this afternoon.

Paulette will bring periods of heavy rain to Bermuda through today, with rainfall of 3 to 6 inches expected.

Swells generated by Paulette are affecting portions of the Leeward Islands, the Greater Antilles, the Bahamas, Bermuda, and the east coast of the United States. These swells are likely to cause life-threatening surf and rip current conditions. Please consult products from your local weather office.

2 tropical storms, Paulette and Rene, form in the Atlantic