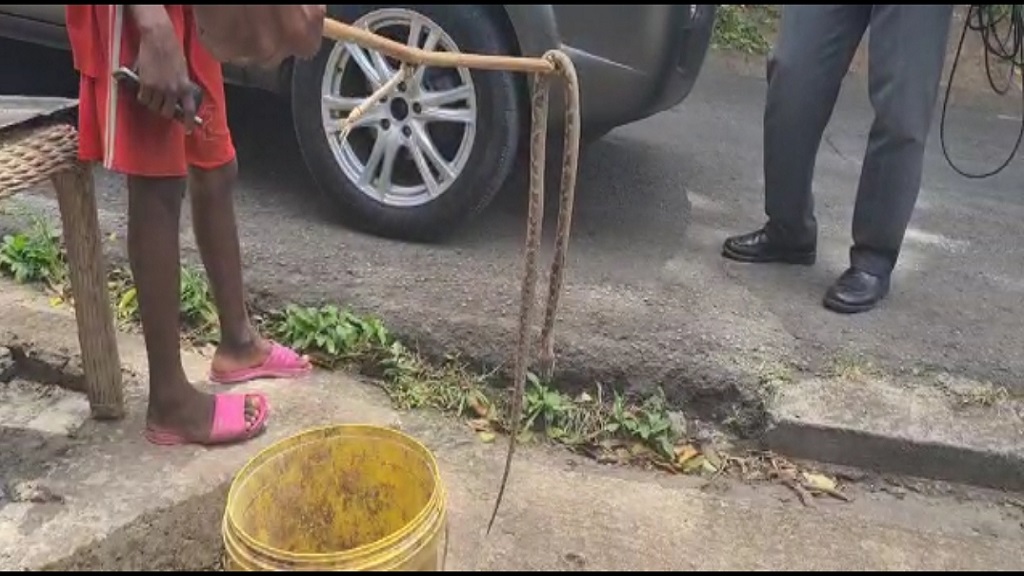 Residents of Bocage are concerned about their safety after a fer-de-lance snake was discovered in the area yesterday.

One of the men, a farmer, who encountered the snake has made a call to authorities to inspect the area as it is out of habit for a fer-de-lance to be found there.

“When we told them about it everybody was saying that’s impossible, that’s not where it came from. We want the forest people to at least check on the area. There are endless rocks and trees where it could hide under these things. Nobody not taking us serious.”

He believes that the snake came from a nearby construction site he claims is operated by a government minister and that there may be more in the area.

“I went up there and showed the workers that. (The minister) never said nothing, we never see (the minister), nobody eh saying nothing. You know, like our life is a joke.”

According to the Forestry Department, Bocage does not constitute the usual habitat for the fer-de-lance. Therefore, if the snake was found in Bocage it would be a cause for concern and certainly highlight a need for further investigation into the matter.

The Fer-de-lance is one of four endemic snakes found in St Lucia.

While the three non-venomous species are fully protected by law the Fer-de-lance is not currently protected.

CriTTers: The world's heaviest snake is a Trini