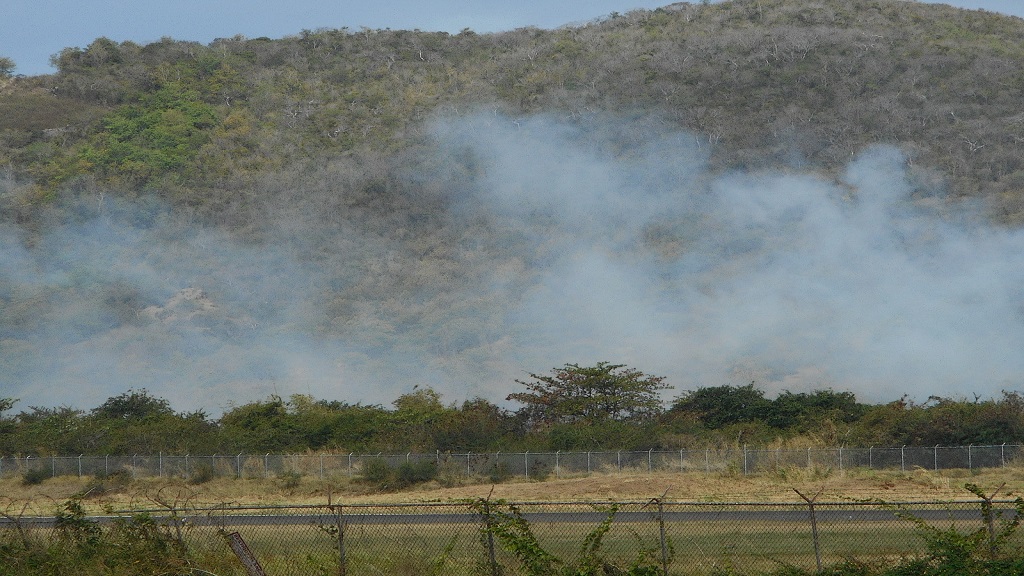 Fire officers attached to the Vieux-Fort Fire Station were in an exhausting battle with a bush fire in the community, yesterday, Tuesday, March 4, 2020.

Fanned by strong winds, the fire, which lasted for about nine hours, exuded plumes of thick smoke which billowed into the air causing much discomfort to residents in certain parts of Vieux-Fort and commuters travelling along the Vieux/Fort Laborie highway.

According to fire officer Ronald Pelius, Divisional Officer for the south, they received a call about a fire at Dierre Morne about 8.53 am and immediately proceeded to the scene where they saw a large area of pasture on fire. 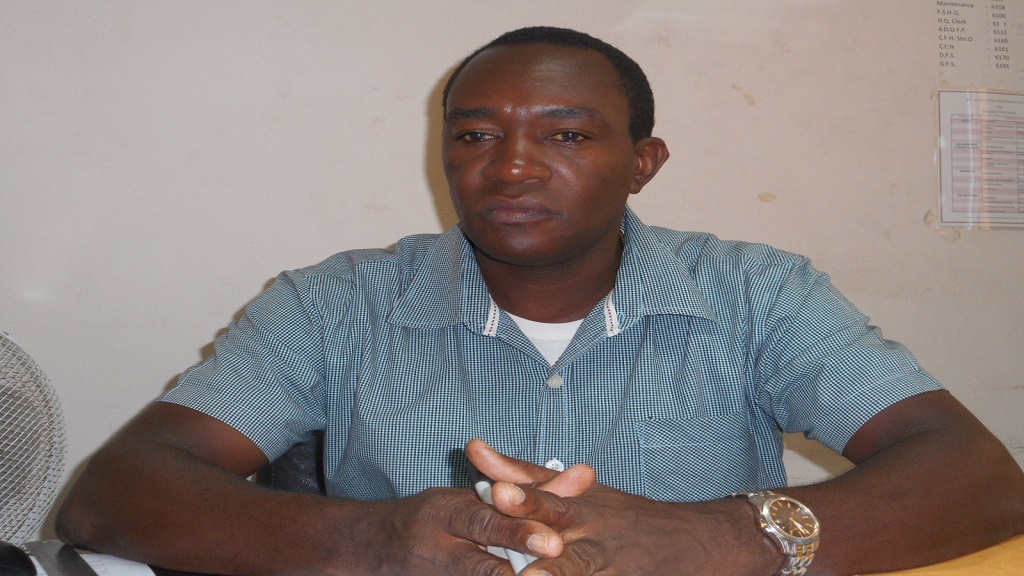 Pelius said in order to extinguish the fire, they had to seek assistance from officers attached to the Micoud Fire Station.

“Our fire fighting efforts lasted for the whole day. It was an exhausting battle, but the fire was eventually brought under control. We had to use two domestic units to fight the fire,” Pelius told Loop News, adding that the fire had threatened to damage LUCELEC solar farm located not too far away.

According to Pelius, their fire appliances could not reach the area where the fire was and as a result, they had to use branches to assist them in extinguishing the fire.

“The fire produced a lot of thick smoke which caused much discomfort to residents of Dierre Morne, Cedars Heights and commuters…” Pelius said.

According to him, all during the day, residents of Cedars Heights kept calling the fire station expressing concern about the fire.

Pelius said every year they usually respond to bush fires in the area, but yesterday the fire spread much more quickly than previous years.