First case of COVID-19 confirmed in the Cayman Islands 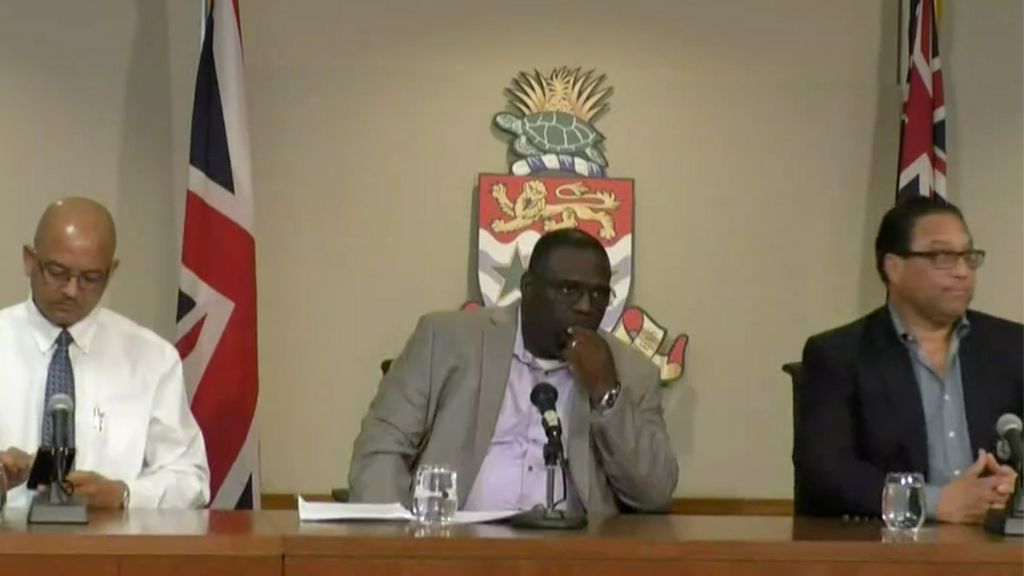 The announcement came at a government press conference that took place on March 12 (today) at 4.30PM.

There were a total of six cases that were sent to CARPHA for testing and the one case that came back positive was an individual who was removed from a ship after a cardiac event and was taken directly to a hospital bed where he was held in isolation. Four of the tests came back negative and one more is still pending.

There have been no recorded cases of local transmission in the Cayman Islands to date.

Dr. Binoi said that the one person (a male) who tested positive was relatively asymptomatic outside of a mild cough. The individual is being isolated at Health City Cayman. There is currently no concern about anyone that came into contact with the patient.

“We are going to have to take some radical and drastic measures,” said the Premier about the steps that would be taken to contain the virus. Among these include potentially closing schools. A complete travel ban will also be implemented for a specific group of countries, which will be announced tomorrow. The Premier urged businesses to put business continuity plans into place.

Health Minister Dwyane Seymour has confirmed that supplies are on their way, including additional beds, and should arrive in 3 to 4 weeks.

Chief Medical Officer Dr John Lee urges members of the public who have flu-like symptoms and feel there is a risk that they may have the disease, to contact the HSA at flu@hsa.ky or via the flu hotline 1-800-534-8600.

Update on food supplies in Cayman