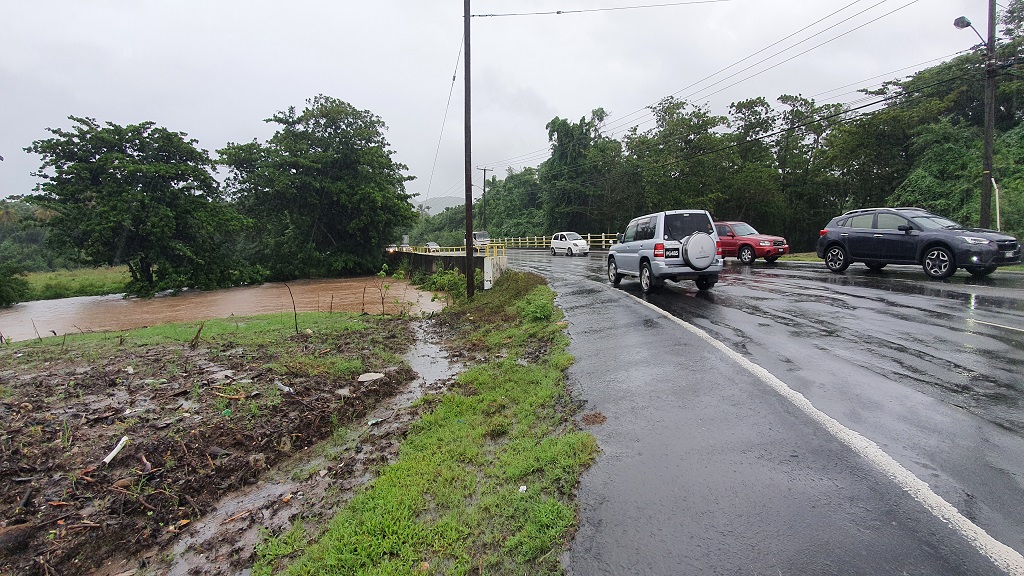 A flood warning has been issued for Saint Lucia due to heavy rain from a weather system that has been affecting the region over the past couple of days.

“Heavy rainfall over Saint Lucia during the past 24 hours has raised the possibility of flooding and landslides in parts of the island prone to those hazards,” Director of Saint Lucia Meteorological Services, Andre Joyeux said.

According to Joyeux, the rainfall in the 24-hour period that ended at 2pm today at Hewanorra Airport was 65.6 mm while for GFL Charles Airport, 70.6 mm was recorded.

With additional showers expected today and an increased chance of shower activity tomorrow with the passage of a surface trough, the Saint Lucia Meteorological Services has therefore issued a flood warning for Saint Lucia with effect from 3pm today until noon, Saturday.

Already several rivers and drains have begun to overflow their banks, despite desilting efforts prior to the hurricane season.

“Residents and motorists, especially those in areas prone to flooding and landslides are urged to exercise extreme caution in their activities,” Joyeux declared, adding, “In addition, small craft operators and sea bathers are asked to exercise caution due to brisk winds and rough seas. All residents of Saint Lucia are asked to pay attention to further announcements from the Saint Lucia Meteorological Services and NEMO.”

Attempts to contact the Chief Engineer for an update on whether any damages have been reported were unsuccessful.