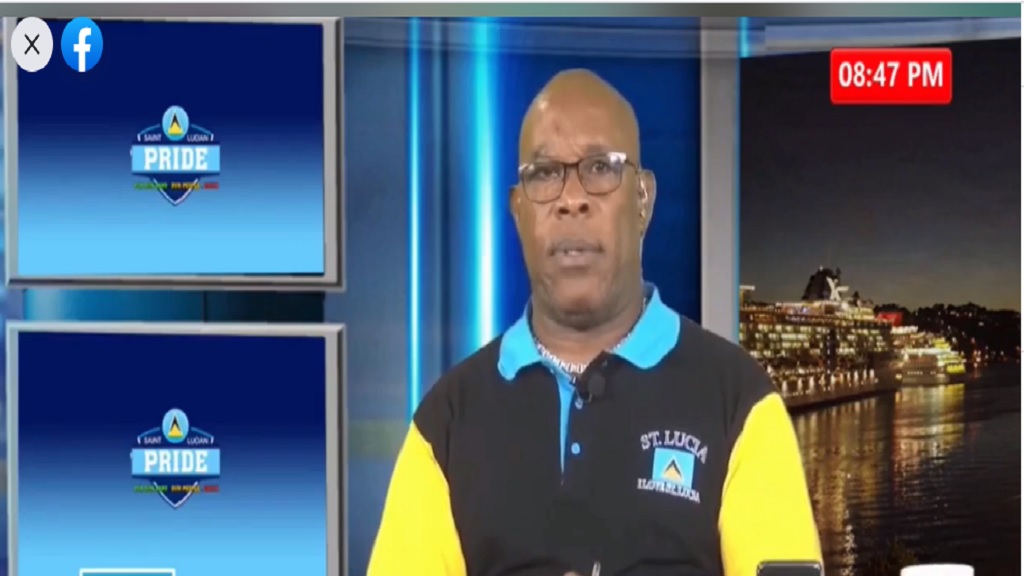 Richard Frederick on Can I Help You, Thursday August 14, 2020

Host of Can I Help You, Richard Frederick has made his intentions known publicly regarding his desire to run the Castries Central seat.

"My utmost desire is to see the back of Allen Chastanet, that is my desire," Frederick told Newsspin host Timothy Poleon earlier today (August 14), when asked if he wanted to contest the seat on an SLP ticket.

"Sometimes if you want to kill a cow, an animal, you use tools at your disposal. If you want to tow a car you would use the best other vehicle most equipped to tow that vehicle. You wouldn't use a car to tow a truck, you would use an excavator to tow a truck, and therefore the task ahead in ridding Saint Lucia of Allen Chastanet is a monumental task and I will assist in any way necessary within the periphery of the law to do that. So by me saying all of this Tim, if I am asked to run the seat for the Saint Lucia Labor Party, once they knock on my door, the door shall be open," Frederick said.

The Attorney-at-Law was previously elected to the Castries Central constituency as an Independent member of parliament, having won the by-election held in March 2006.

He was subsequently endorsed by the United Workers Party (UWP) and was re-elected for the UWP in the general election of 11 December 2006.

In August 2014, Frederick was expelled from the United Workers Party, after he blatantly refused to work with Allen Chastanet who had secured leadership of the party and did not contest the 2016 general election.

Now, the former Castries Central MP has his eyes set on the constituency he once led.

Frederick hinted Thursday evening via his MBC show that he would contest the seat.

According to him, the hierarchy of the SLP is aware of his intention to contest the seat on an SLP ticket if needs be: "They know whether they have my bid in writing or otherwise, my intention is unequivocal."

Deputy Chairperson of the United Workers Party, Miss Nancy Charles did not mince words regarding Frederick's intentions, expressing  that the SLP does not want Frederick.

The SLP and the former Castries Central MP were at loggerheads at one point over several issues, including the reasons which led to his US Visa being revoked.

"Perhaps now is the time for him to come and clear and clarify all those allegations that were being made against him. All these things Labour Party people said about him nothing has changed, its the same players in Labour Party, the same Kenny Anthony, Phillip J Pierre all of them are still there the people who accused him of many things and today he wants to be in their platform and wants to run for them, so like I am saying to him today, if he wants to see the back of Allen Chastanet, come and run against him in Micoud South come amd run against Allen Chastanet and that is where it will be determined," Charles said.