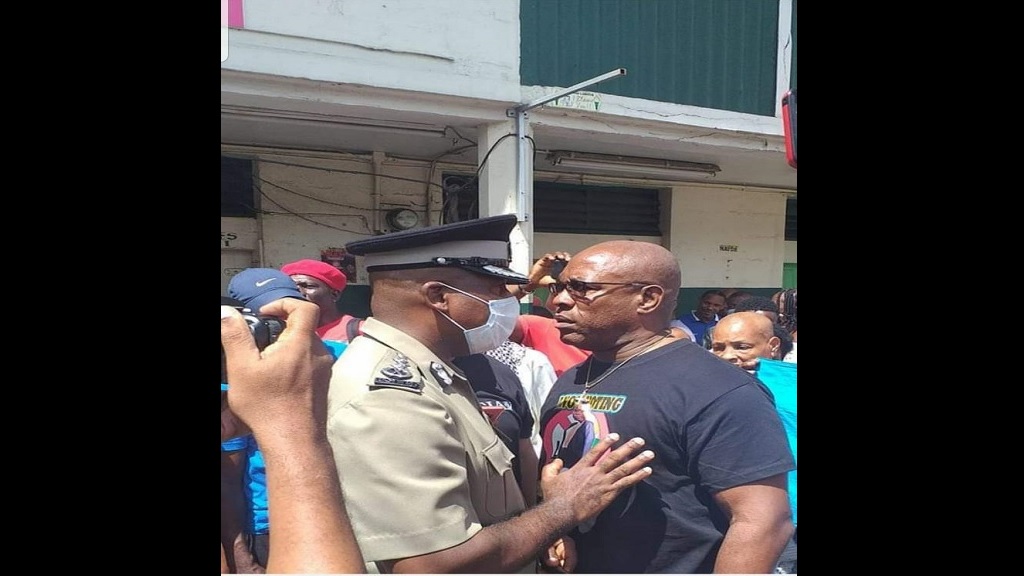 That's according to Assistant Commissioner of Police, Wayne Charlery.

"The rally around the island was not authorized," Charlery explained to Loop News following a briefing with police officers in Anse La Raye.

Ahead of Sunday's motorcade, organizer Richard Frederick was taken away by police, which led to widespread speculation that the former minister was arrested.

Charlery clarified, explaining, "He was not arrested. Actually he assisted, by law, we have to call on the organizer for the crowd to disperse. I escorted him out of the area and he complied with every lawful instruction that was given, he complied with it."

Frederick released a Facebook Live video in which he stated that he was not arrested and was ok. He also shared comments directed to the prime minister saying that the PM can do as he pleases with a police escort around the island but regular St Lucians have to be subjected to what he wants.

"The longest rope has an end and at some point, Chastanet's rope will come to an end because there is nothing greater than the power of the people," Frederick declared.

Police officers were out in full force throughout the various communities as the motorcade passed through.

"We are committed to the work on the ground and we are working very, very determinedly to try to prevent this from happening, however, we are proceeding with caution and care using a lot of persuasion; safety first and preservation of life is utmost in our endeavours to prevent any sort of disorder and chaos," Charlery explained.

Saint Lucians from across the island were called on to join the motorcade in expressing their dissatisfaction with the Allen Chastanet-led administration.