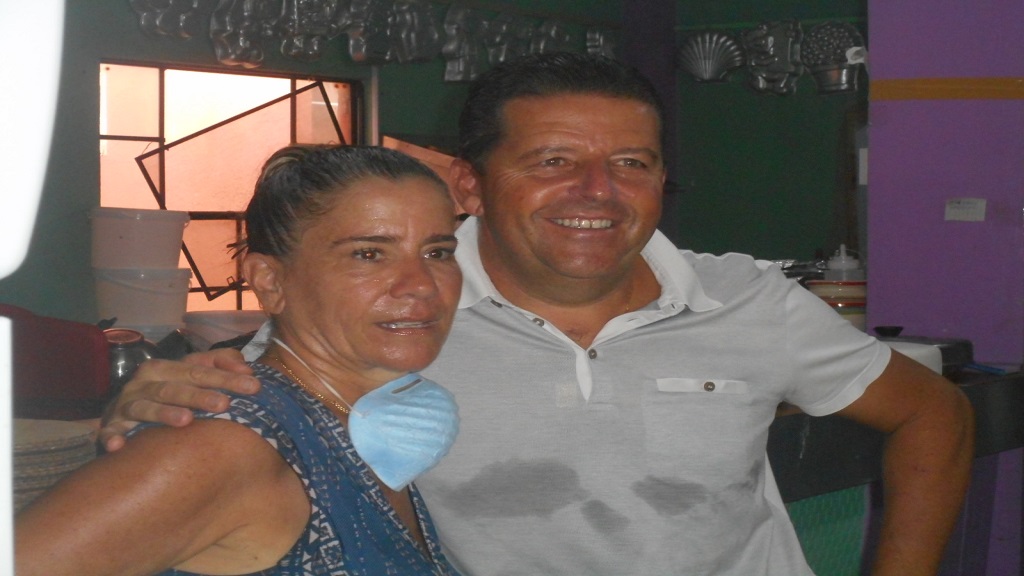 A French couple who has been living in St Lucia for the past seven years has come to the assistance of the vulnerable people in Vieux-Fort.

Since the coronavirus reached our shores a few months ago, Sophie Chretien and her husband Jacques Chretien have been making meals available to a number of vulnerable persons in Vieux-Fort, with the help of a businessman of the community.

Sophie Chretien, in an interview with Loop News, said that they provide between 50 and 60 meals per day, Mondays to Fridays, to vulnerable persons in Vieux-Fort with the help of Samuel Brice, who owns the business Shernells--“The Food People” where the food is prepared.

She said the idea of providing meals to the vulnerable people of Vieux-Fort crossed their minds while thinking of a way of showing appreciation to the community for its hospitality.

According to Chretien, they first informed the National Emergency Management Organisation) NEMO of their initiative and were told that it would be better to raise the funds and give it to them to cook the food or allow someone else to do it.

She said since she knew Brice, she asked him to cook the food which he did willingly.

Chretien said they were also able to get help from their friends in the US, Canada and France who donated food items such as chicken and pasta, just to name a few.

She said she is overwhelmed by the response of the community.

“We feel very excited about it. On Thursday, June 18 I was on the streets and the people were already waiting for the meals. I was very emotional,” she said, adding that the people on the streets really need their assistance.

She said they would like to continue such an initiative in Vieux-Fort but would need additional funds.

In a brief interview with Loop News, Samuel Brice, owner of Shernells, said he and his wife are happy to assist in the initiative and will continue doing so as long as it continues.

“Making food contribution has been a way of life for us in St Lucia for the past 30 years,” Brice said, describing the initiative as a very good one.

“It will go a long way in helping the homeless in Vieux-Fort,” he added.

Laborie Credit Union giving back to the south during pandemic

Laborie Credit Union donates laptops for students of the south

Search on for 'Glee' star, Naya Rivera, believed to have drowned

Search on for 'Glee' star, Naya Rivera, believed to have drowned