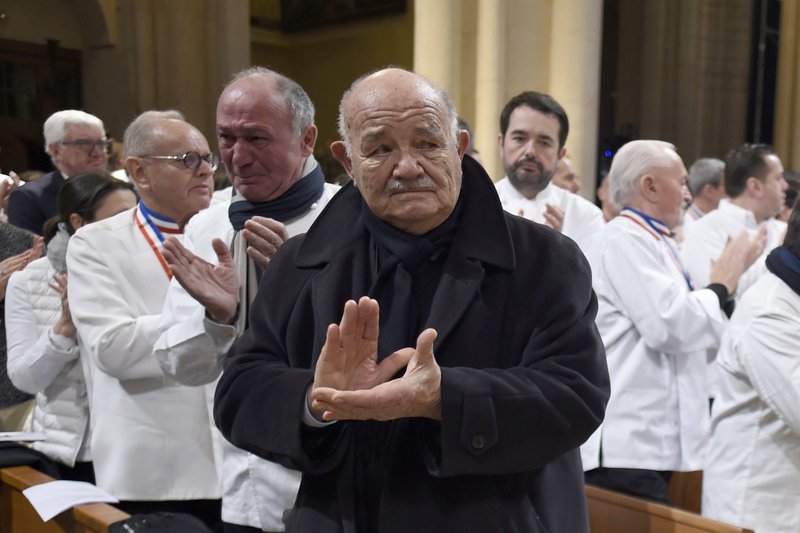 With the deaths in 2018 of Paul Bocuse and Joël Robuchon, France has now lost three monumental chefs in just under three years.

‘He was a giant, equal to Paul Bocuse, with whom he revolutionized cuisine,’ tweeted the Guide Michelin, which makes and breaks the reputations of chefs, handing out three stars to the best.

Troisgros, known for his mustache and broad smile, died at his home in Le Coteau, near Roanne in the Loire region where his restaurant was long located, the French press quoted the head of the Troisgros establishment, Patrice Laurent, as saying.

Born September 3, 1928, in Chalon-sur-Saone, Troisgros learned his craft at his family’s hotel-restaurant in Roanne before heading for Paris where he refined his skills under Lucas Carton.

Along with Bocuse, Troisgros was later acclaimed as the kings of traditional French cuisine. The two chefs had an enduring friendship.

Troisgros returned to his home in the 1950s and took on the family hotel-restaurant with his brother Jean, earning his first Michelin star in 1955.

The restaurant was renamed Les Freres Troisgros, and the cuisine changed along with the name, simple but creatively mixing flavours and often light, unlike traditional French gastronomy.

The culinary offering proved to be a precursor to Nouvelle Cuisine – a new approach to cooking and food presentation in French cuisine.

The restaurant earned its first three-star rating in 1968.

Troisgros’ son Michel joined his father in the kitchen with the death of his uncle Jean in 1983.

Michel, helped by his own son, eventually took over the house, which moved to a countryside location outside Roanne, in Ouches.

‘The team has a heavy heart tonight’ after learning of the death of Troisgros, the Paul Bocuse restaurant outside Lyon tweeted.

‘Everyone knows that we were close friends, with parallel destinies,’ Troisgros told the regional paper Le Progres in 2018.

Are you a 'corona chef'? Some Jamaicans see COVID boost in kitchen