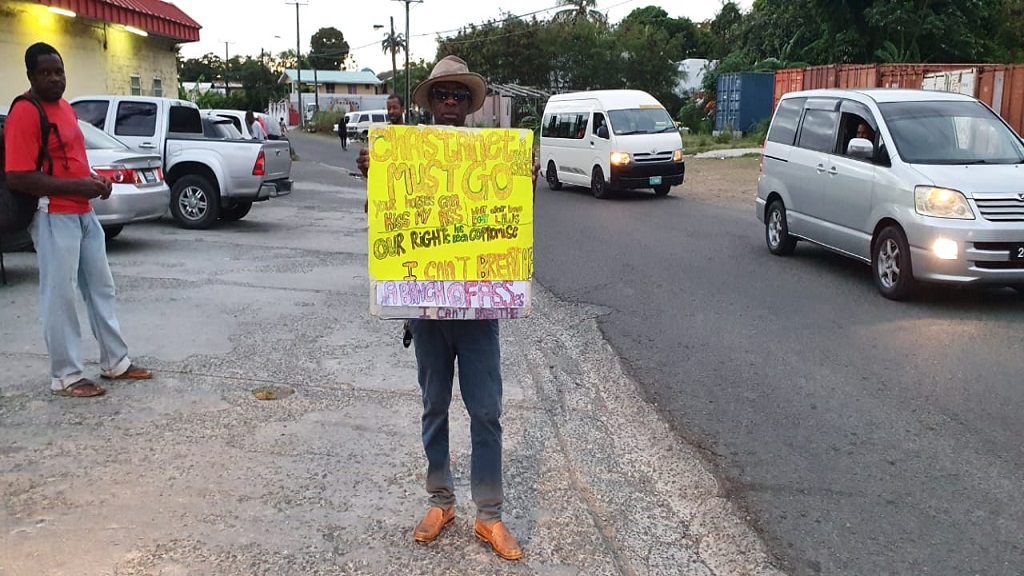 Over the past three weeks, a Grande Riviere resident has been staging a one-man protest against the current administration.

During this time, motorists and pedestrians traversing the Corinth, Grande Riviere and Gros Islet Highway would have seen Marcus Joseph bearing his placard, displaying “Chastanet Must Go.”

“I have been protesting based on the way the people has been treated and I think I am trying to fight for my people because I love my people and that is the main cause of what I am doing here,” Joseph explained to Loop News. 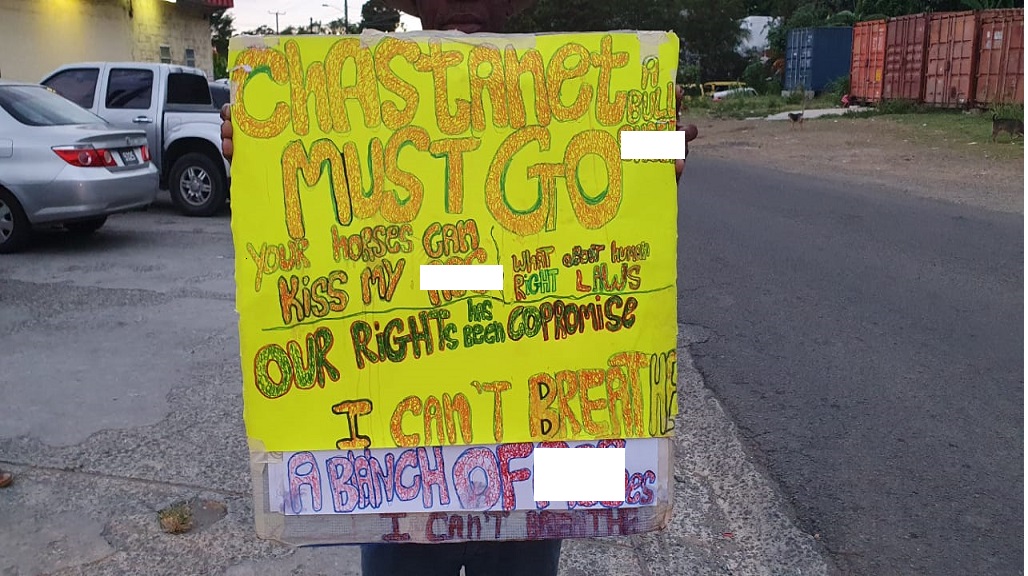 The lone protester says he has been receiving support from members of the public and while he has received some criticism for his efforts, he strongly believes in what he is doing.

“Martin Luther King, Malcolm X died fighting for the cause of black people and I say if I have to die for what I am doing here because I am trying to fight for my people who I believe have been mistreated and being lied to by the prime minister of Saint Lucia, so be it.”

On Sunday, June 14, 2020, an anti-Chastanet motorcade was held around the island.

The initiative highlighted the dissatisfaction with the current administration and leader Prime Minister Allen Chastanet.

Radio talk show host and known operative of the opposition Saint Lucia Labor Party, Christopher Hunte, was arrested and charged under section 14 (c) of the Public Order Act which is inciting an unlawful public march.

“The right to protest and the right to speech is a human right and to arrest someone for protesting, you violating every human right law there is, so I am saying Christopher Hunte I admire him for what he has done, a few years ago he was protesting by himself against the construction of a Dolphin Park and I believe in that,” Joseph said.

Joseph says he plans to continue with his fight hopefully till the next general election.