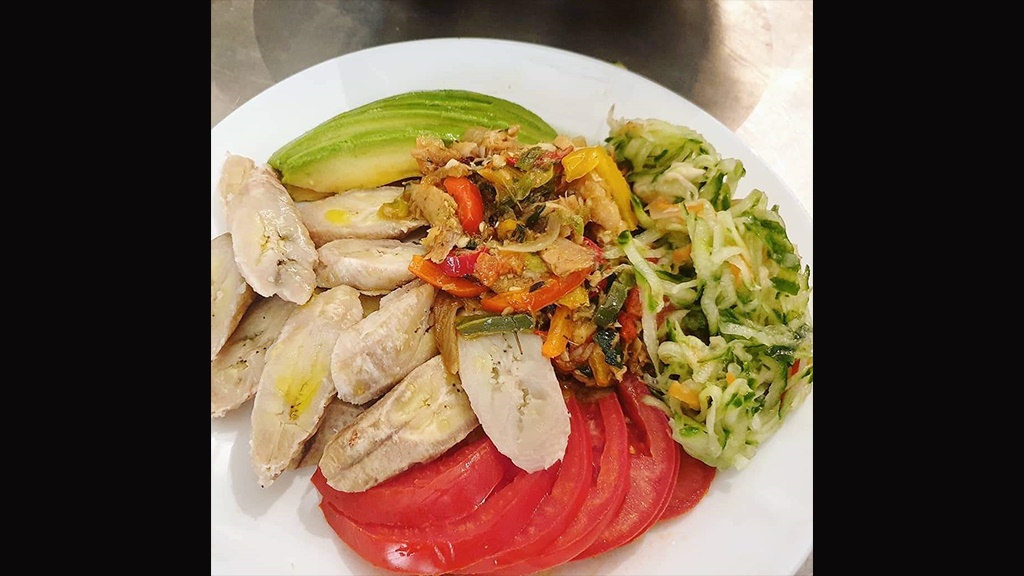 Green figs and saltfish, Saint Lucia’s national dish, made its debut in the 19th century during slavery when bananas were plentiful and saltfish was cheaply imported from Canada to be shared out among slaves.

As time went on, the slaves evolved the dish, adding their own spices and making it a popular delicacy on the island. As a result, green figs and saltfish was recognized as the national dish of Saint Lucia.

The recipe has been handed down through the generations, becoming more embedded into the culture. Saint Lucian locals eat green fig and saltfish all year, typically on weekends and with a side salad of grated cucumber or lettuce, tomato and avocado. One particularly special time to enjoy it is during the annual Jounen Kwéyòl (Creole Day) festival in October.

The dish is made from green bananas (green figs), salted codfish (saltfish) and a combination of seasonings.

Traditionally, the green figs are peeled and boiled in salt water. The saltfish is also boiled just enough to wash away the correct proportion of salt then flaked and sautéed with local peppers, thyme, chives, onions and other herbs and spices. Sauteing the ingredients allows it to seep into the fish for a delightfully bold flavor. When prepared, the green fig is served with the saltfish on top or at the side of the plate.

However, over the past few years, many people have created different variations of the dish. Some serve it as a salad, where the same cooking method is applied, but the green fig is sliced into small cubes, the sauteed saltfish is mixed in along with mayonnaise. ‘Green fig salad’ as it is called, is often served cold as a Sunday side dish.

The green fig pie is another delicious variation that involves a similar cooking method as mentioned above except that the green fig is crushed with a fork and milk and cheese are added. Then, half of the crushed fig is pressed into a baking dish and sprinkled with the sauteed saltfish and cheese. The layering is repeated beginning with green fig and topped with cheese.

Eating our national dish of green fig and saltfish will be pleasing to anyone. The dish tells the story of Saint Lucia, tracing its history from the 19th Century. That’s a truly special thing to be savored.