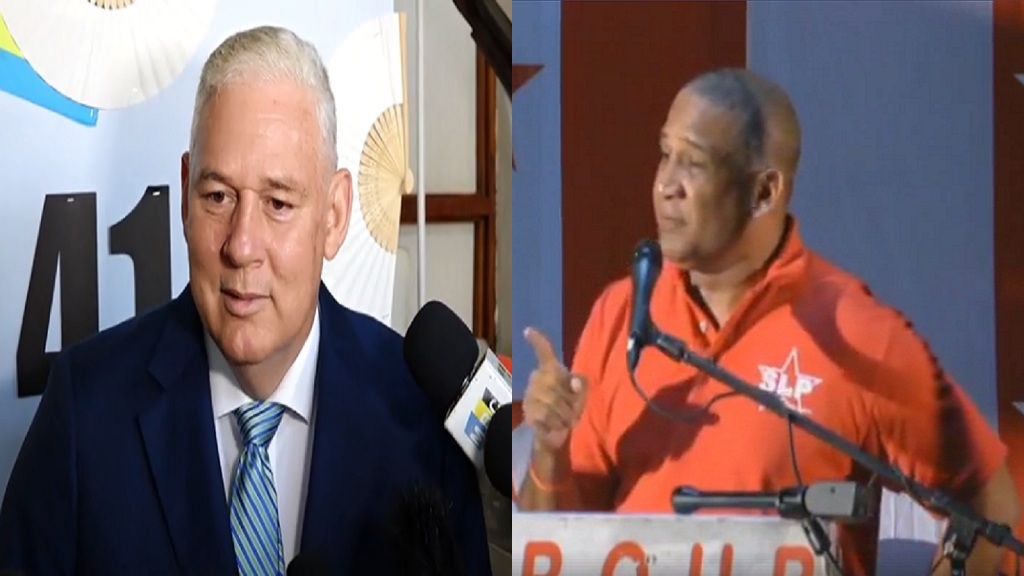 The Office of the Prime Minister on September 2 issued a statement on Hilaire’s importation of the duty-free vehicle which was purchased while Hilaire was Saint Lucia’s High Commissioner to England.

Hilaire responded at a press conference on Thursday saying:

"The insecure and infantile Prime Minister Allen Chastanet’s uncontrollable and disturbing obsession with me continues and has intensified."

While Hilaire has addressed the matter publicly, including in the House of Parliament, the latest move by the current administration, he says, is an abuse of power and state resources.

Hilaire adds: "Previously, I responded to oral statements, insinuations and comments regarding the purchase, importation and ownership of two vehicles. Now, the prime minister has shamefully weaponized his official office, misuses the resources of the state and taken matters to a new level. He has now reduced the Office of Prime Minister to a weapon against a political opponent in executing a baseless and vindictive witch-hunt against me.

"I am advised that the official statement of September 2, 2020, from the Prime Minister’s Office constitutes a further defamation against me.

Accordingly, I have instructed my attorneys to take further legal action on my behalf to the fullest extent of the law to protect my reputation and constitutional rights. In this regard, I will say very little directly about the contents of the Office of the Prime Minister’s statement, lest I be held in contempt of Court.

"I am also limited in what documents that I can share with you at this time. Though I have previously responded in detail to the various attacks by the prime minister and his surrogates in their five-year campaign against me, some facts are worth repeating.

"Firstly, they claimed that I had stolen a state asset. Secondly, that I had bought the vehicle with monies given to me by Juffali.

"So I then provided my bank statements to the media and the court proving beyond any doubt that I had paid for my vehicle with my personal funds.

"Then there was a third spin: Nancy Charles questioned my ability to purchase two vehicles and suggested I was involved in money laundering.

"That claim was also stated in an untested affidavit filed by Allen Chastanet.

"I provided evidence that my brother had paid for his vehicle via a loan from a local credit union. A loan he continues to service. Now there is a fourth spin: Not that the vehicle does not belong to me, not that it is stolen but that I had defrauded the UK Government! Not the Saint Lucian Government but the UK Government by not paying VAT.

"I maintain, as I always have, that I committed no infractions or breaches nor were my actions even unusual. I wish to specifically and categorically state the following points for the benefit of the public: The purchase of an item, vehicle or otherwise, for a relative or a friend is a normal, legal and legitimate transaction the world over. Such transactions are executed thousands of times per day and Saint Lucia is no exception. There is nothing in the laws of Saint Lucia which prohibits such transactions. Let me give you an example:

"You want a new flat screen TV or a barrel. You send the money to a brother or sister in the US to buy and ship to Saint Lucia for you.

"Is that illegal? Items which are bought for export does not include VAT and if it does, you can reclaim the VAT once it is exported. Ask thousands of Saint Lucians if that is not true. The simple question is how could I have defrauded the UK Government when they have lost nothing.

"Even if the VAT was to be paid, then surely the monies would be repaid to me once the vehicle is exported! At all material times Mr Tafawa Williams was acting as my agent as he is legally and properly entitled to do and all documentation associated with the transaction was legal and legitimate.

"Mr Williams acted as my agent as the transaction related to the vehicle could not have been completed prior to my departure from London. I acted on advice that I should have an agent act on my behalf given that I would not be there to personally receive the vehicle. Mr Williams was a member of staff and was accredited as a diplomat enjoying duty-free privileges.

"The country of destination was always intended to be and stated on all relevant documentation as Saint Lucia. There was no hiding as to where the vehicle was going to. Mr Williams has since last night, issued a statement on the prime minister’s allegations showing these allegations as nothing but lies."

Hilaire went on to say: "This unhealthy sustained persecution of me, by the prime minister and his agents, and now using the Office of the Prime Minister, and the resources of the state, is nothing more than a vile campaign of malice intended to tarnish my good image and reputation."

Hilaire challenged the prime minister saying: "If he is convinced that I have acted in contravention of the law and he respects the Rule of Law, then let him and his underlings take court action to repossess any property which I am in possession of, which he believes is not rightfully owned by me. I shall continue the exercise of my right to sue for abuse of public office and malicious persecution."