Horses roaming by Vieux Fort/Laborie highway a menace to motorists 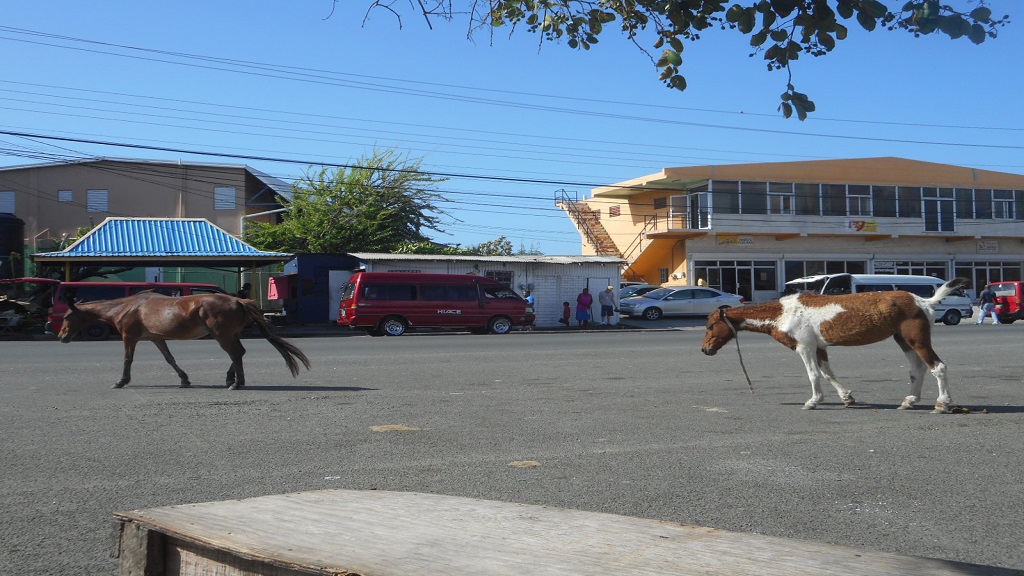 The roaming of horses along the Vieux-Fort/Laborie highway and the bus stands near it is of grave concern to the motoring public and commuters.

On a daily basis, horses slowly walk along the busy highway, stopping vehicular traffic and in some cases force vehicles to come to a screeching halt in order to avoid an accident.

Motorists note that whenever the horses do cause an accident, their owners often refuse to claim them.

Even horses accompanied by riders along some of the main roads in the town of Vieux-Fort has become a menace to road users.

Willie Jeremie, a bus driver who has been a victim of roaming horses after one damaged his vehicle not too long ago, said: “In addition to putting people lives and property in danger, the horses also defecate in public places which is unsightly, unpleasant and unhealthy.”

He said the owners of those horses sometimes tie their horses with such a long rope that they are able to cross the road.

“It’s a disaster waiting to happen,” he added.

Willie said the problem needs immediate attention before it spirals out of control.

“It’s time the relevant authority put something in place to deal with the problem. It’s a serious problem,” he said.

Alexis Louisy, another minibus driver, who has also been a victim of roaming horses several years ago, recalled that a horse had damaged his vehicle while driving along the Vieux-Fort /Laborie highway and he had to confiscate it because no one claimed it. He said after keeping it in his possession for about a year he sold it.

Some years ago, the police in Vieux-Fort would shoot stray animals along the highways, however, this has not happened for a long time.

The Saint Lucia Animal Protection Society (SLAPS) has recently described the shooting of animals by the police as cruelty to animals.