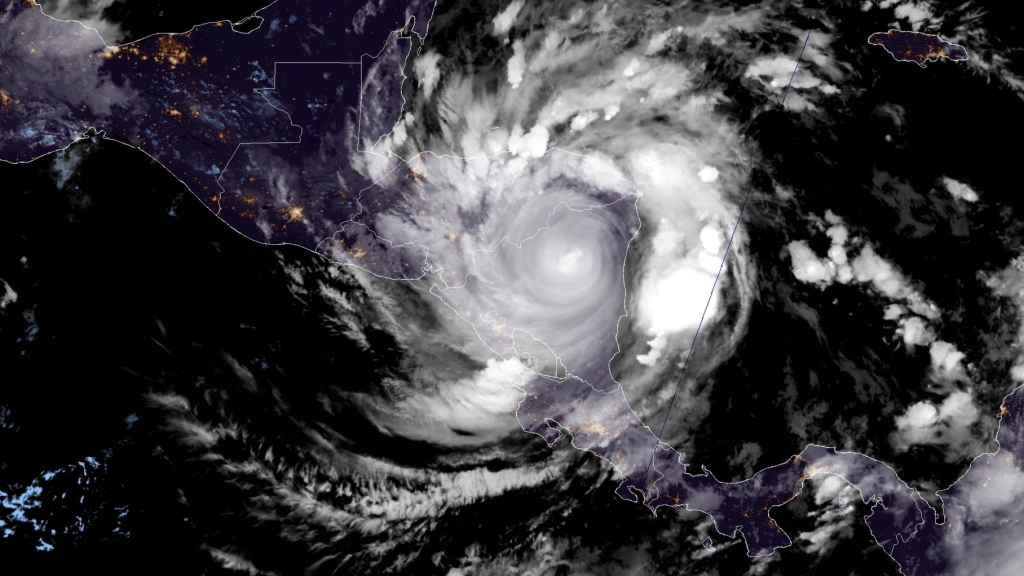 Hurricane Iota has been downgraded to a category one hurricane as it journeys west over Nicaragua.

The US National Hurricane Centre (NHC) said Iota’s maximum sustained winds have decreased to near 85 mph (135 km/h) with higher gusts. 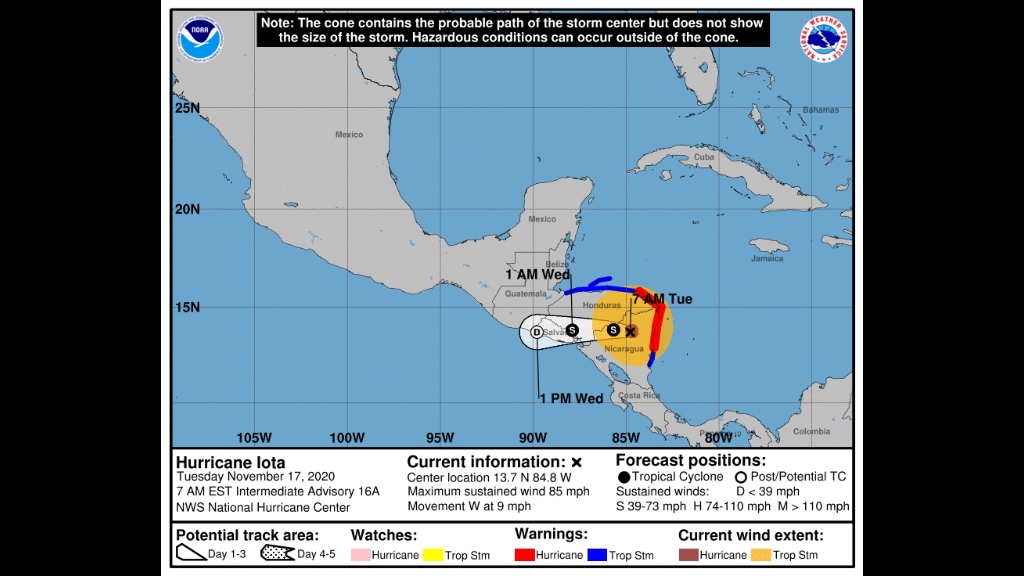 At 7am EST, the centre of Hurricane Iota was located inland over Nicaragua about 15 miles (25 km) west-northwest of El Pia and about 90 miles (145 km) west-southwest of Puerto Cabezas.

NHC said Iota is moving toward the west near nine mph (15 km/h), and this general motion is expected to continue during the next day or so.

On the forecast track, Iota will move farther inland across northern Nicaragua today, and move across southern Honduras tonight and Wednesday.

Iota is expected to produce the following rainfall accumulations through Thursday:

This rainfall will lead to significant, life-threatening flash flooding and river flooding, along with mudslides in areas of higher terrain.

A life-threatening storm surge will raise water levels by as much as five to 10 feet above normal tide levels in areas of onshore winds along the coast of Nicaragua and Honduras.

Near the coast, the surge will be accompanied by large and destructive waves.