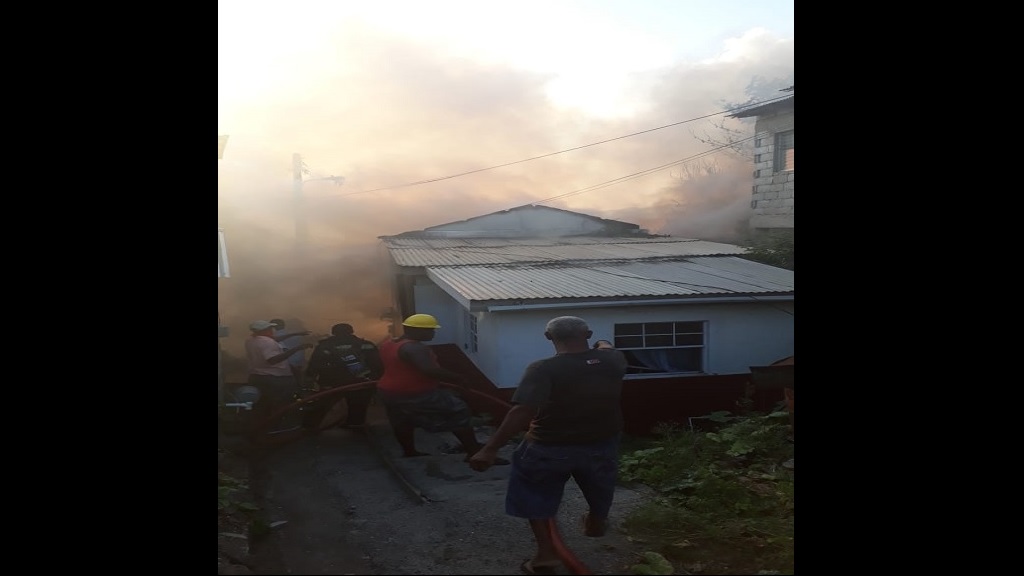 Loop News spoke with Ronald Pelius, St Lucia Fire Service Divisional Officer for the south on a fire that destroyed a home in Vieux Fort yesterday.

They immediately got to work and requested backup from our satellite station from Micoud. Their efforts in containing the fire were very successful, although the initial building where the fire started was completely destroyed.

The fire spread to a nearby structure and that structure also sustained partial damages to the exterior.

The owner of the property where the fire was reported to have started stated that the property was vacant at the time of the blaze.

No causalities were recorded at the incident."

There is no clear indication at this time regarding the cause of the fire but officers from the Fire Prevention Unit went to the site this morning to continue investigations.

Heartbreak in Micoud over Patience Preschool's destruction by fire